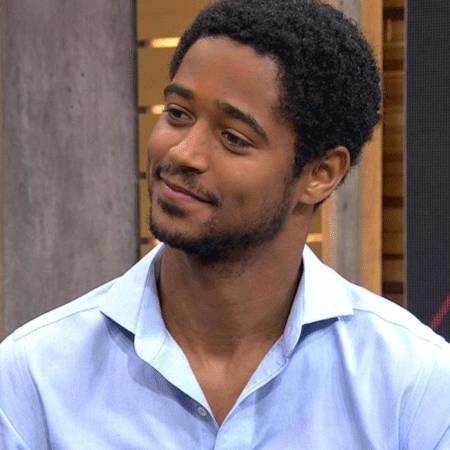 Alfred Enoch, an English actor who is best known for playing the role of a Gryffindor student named Dean Thomas in the Harry Potter films. He is also well known for his portrayal of Wes Gibbins in ABC's 'How to Get Away with Murder'. His nationality is English and his ethnicity is a mix of British and Afro-Barbadian.

Alfred Lewis Enoch was born on December 2, 1988, in Westminster, London, England. His father is actor William Russell Enoch and his mother is Brazilian physician Balbina Gutierrez. His mother was the second wife of his father.

He got his education from Westminster School, a popular public school in London. As for his college education, he got enrolled in The Queen's College, Oxford, and graduated with a degree in Portuguese and Spanish. He is a fluent speaker of English, Spanish, and Portuguese.

After his role in the Harry Potter movie series, Enoch began appearing mainly in television series. In 2012, he appeared in National Theatre Live as Philotus in the episode Timon of Athens. In 2013, he was cast in Broadchurch and Mount Pleasant as Sam Taylor and Alex respectively. In 2014, Alfred Enoch appeared in Sherlock as Bainbridge in the episode The Sign of Tree. The same year, he made a re-appearance in National Theatre Live as Titus Lartius in the episode Coriolanus.

Since then,  Alfred Enoch has been playing the role of Wes Gibbins in the ABC legal drama How to Get Away with Murder. He has appeared in 39 episodes and has been nominated for the NAACP Image Award for Outstanding Supporting Actor in a Drama Series in 2015 and 2016.

Apart from film and television,  Alfred Enoch has also appeared in several plays throughout London, including Coriolanus, Timon of Athens, Antigone, Happy New Year, and The Ballard of Salomon Pavey. In 2016, he was cast as Edgar/Poor Tom in the Talawa Theatre Company and Manchester Royal Exchange co-production of King Lear, for which he won much praise for his characterization and the physicality he brought to the roles

Alfred Enoch's Net Worth and Salary

Alfred Enoch has a net worth of $3 million.

Alfred Enoch's Personal Life: Does He Have A Wife?

Alfred Enoch is believed to be in a relationship, but with whom is currently a matter of question. He seldom shares his personal life in the media and interviews. His ex-girlfriend was How to Get Away with Murder co-star actress Aja Naomi King.