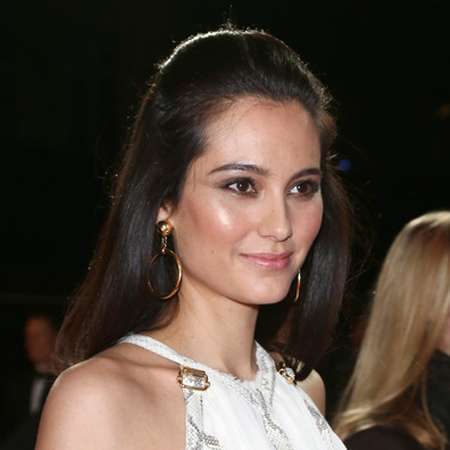 Emma Heming is one of the beautiful and talented English models and actresses. Heming walked on the runway for several popular brands and designers. She also worked in some movies and TV series. Despite she did pretty well in her career, she is famously known after she was linked to her boyfriend turned husband, Bruce Willis with whom she shares two children.

Emma Heming was born on 18th June 1978 in Malta to Zorina Heming under the birth sign Gemini. Heming is British by nationality and as far as her ethnicity is concerned, she is Caucasian. Her father is English whereas her mother is Guyanese.

She spent most of her childhood in north London, United Kingdom, and California, USA. She has been introduced to diverse environments since her childhood. Emma was very interested in becoming an actress thus, she went on to take up an acting career with the consent of her parents.

Emma Heming began modeling at the age of 16 when she was discovered by the Big Breakfast. She worked as a spokesmodel for the Canadian lingerie retailer, La Senza. She has also worked for Dior Bronze, Escada, Gap, Garnier, Intimissimi, John Frieda, Palmers, and more. She has been seen in Maxim, Elle and more.

Moreover, Heming also walked on the runway for several brands and designers on the fashion shows like Paco Rabanna, Christian Dior, Chanel, Ralph Lauren, and even Victoria's Secret Fashion Show. She also appeared on teh cover of several magazines like W Magazine, John Frieda, Palmers, and US Glamour among others. Besides, she was listed at number 86 in the Top 100 List by Maxim.

Heming made her movie debut in 2001 as a model in Michael Rymer's film, Perfume. The movie starred Estella Warren and Jeff Goldblum. After years of gap, she made her comeback with his debut TV series, Entourage where she shares the screen with Kevin Connolly, Adrian Grenier, and Jerry Ferrara.

Some of her other works include Perfect Stranger, The Comebacks, and Red 2.

Emma Hemming has an estimated net worth of $ 5million as per Celebrity Net Worth which is derived from her huge salary coming out of her acting, and modeling career. On the other hand, her husband Bruce Willis has a net worth of $180 million.

According to some sources, a model makes an average salary of $42180 as per their experiences. Moreover, Heming is one of the experiences models which means she might definitely earn more than the mentioned amount.

Besides, the couple owns a house in Bedford Hills, New York where they reside with their family including children.

Emma Heming has dated many celebrities in her past. She has been seen with men who are much older than her. Heming was previously dating Sean Combs in 2001 when her career came into the peaks.

Furthermore, Heming then married Bruce Willis on 21st March 2009 in the Turks and Caicos Islands. It was not considered to be legally binding so they got married again in a civil ceremony in Beverly Hills, California a few days later. Her husband is one of the famous and legendary actors and producer.

Because its Oscar night! @Vanityfair party 2014. 7 months pregnant with Evelyn. One of my favorite looks (and memories) styled by @amandareno @dolcegabbana @allisonburnsbeauty #throwback #vanityfairparty #CocoBabaMom

The husband-wife couple met for the first time with the help of their mutual friend and eventually started dating. Heming told about their first met,

''When we first met, I was surprised at how charming and how funny he was – an extremely handsome, That was my first thought of you.''

Here are some words by Willis,

Though she did well in her career, Heming came into the limelight after she was introduced as Bruce Willis’ wife. The couple has an age difference of almost 22 years but still, they share a strong bond together.

Today is #TheAwesomeChallenge. Wearing an easy shirt with jeans makes me feel confident and being with my family makes me feel AWESOME. How about you? For every post using #TheAwesomeChallenge @rocketsofawesome will donate back-to-school clothing to a @baby2baby child in need, because every child deserves to conquer the first day of school with confidence! Go @kristentaekman @thehappilyeva @natsnextadventure

The couple together for almost a decade and still free from any kinds of rumors about their divorce and an extramarital affair.

Abigail’s age is 40 as of 2018 but she still has a well-maintained body and a beautiful face. She stands tall at the height of 5 feet 10 inches. She has a weight of 53 kg. She has a well-defined face which attracts many men towards her. Emma has a body measurement of 33.5-23.5-35.5 inches.

Check out teh facts about Emma Heming: