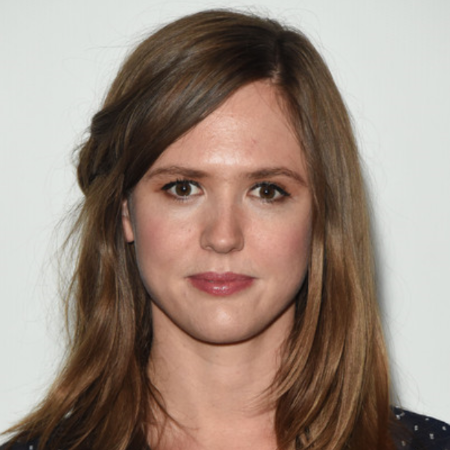 Emily Cox is a British actress best known for playing the lead female role of Brida in the Netflix history series, The Last Kingdom. She is currently single but she was previously rumored to be dating her co-star Alexander Dreymon.

Her father was British while her mother was Irish; they both are pianists. who originally came to Vienna to pursue their music career. Her parents, who later got a divorce, raised her as their only child in  Vienna, Austria.

Cox graduated from high school in 2003, and during her high school, she developed an interest in acting and performed in numerous plays.

Following her graduation, Cox joined the Max Reinhardt Seminar where she studied acting.

In 2008, Emily Cox signed a contract with the Theater in der Josefstadt in Vienna and started her career as a stage actor.

Later in 2011, she moved to Berlin and then appeared in numerous movies and television series on German and Austrian TV. She made her screen debut in an episode of SOKO Donau in 2009.

In 2015, Cox was cast for the role of the viking woman Brida in the television series The Last Kingdom, and she has since been appearing on the series alongside Alexander Dreymon, Ian Hart, Eliza Butterworth and Millie Brady.

Cox has notably appeared numerous other hit movies such as The Fatherless (2011), The Silent Mountain (2014) and Head Full of Honey (2018). She has also notably portrayed Emily in the 2017 series Jerks.

Emily Cox is one of the successful actors, and there is no doubt that she earns a substantial amount of money for her performances in movies and series. According to online sources, Cox makes around $250 thousand for appearing on an episode of a series.

As for her net worth, Emily Cox has an estimated net worth of $3 million, as per the report. She is certainly living a lavish lifestyle with this amount of money.

Taling about the personal life of Emily Cox, the Jerks star, 35, seems to be single at present. However, she was previously rumored to be dating her The Last Kingdom co-star Alexander Dreymon who portrays Uhtred of Bebbanburg on the series.

They were spending a quality time together. However, none of the two ever confirmed if they were in a romantic relationship or they are just friends.