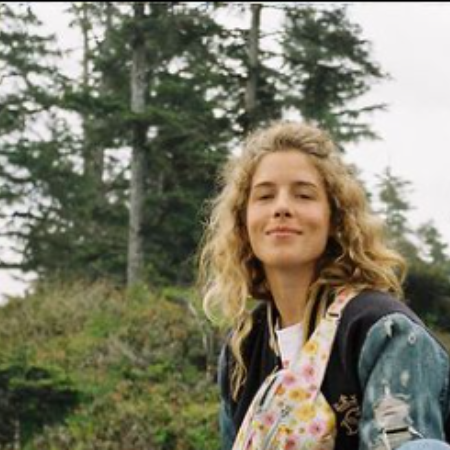 Emily Bett Rickards is a Canadian actress best known for her portrayal of Felicity Smoak in the hit CW supernatural thriller series Arrow. She also starred in its spin-off series, The Flash, Vixen, Legend of Tomorrow, and related show Supergirl.

She has played a number of significant roles in the movies like Flicka: Country Pride and Cowgirls'n Angels: Dakota's Summer. She has been nominated and won several awards for her role in Supernatural.

Emily Bett Rickards was born in British Columbia on 24th July 1991, under the birth sign Cancer. She is the daughter of Dr. Diane Greig, a dream psychotherapist in Vancouver, BC.

She belongs to Columbian nationality, and regarding her ethnicity, she is White. Rickards began moving toward her career path at a very young age and started learning musical theater and dance.

Rickards graduated from high school and then went on to study at the Vancouver Film School. She completed the Acting Essentials Program and attended an open-call audition. She also studied at the Alida Vocal Studio.

Bett Rickards made her first international appearance in 2009 on the video of Nickelback's single titled Never Gonna Be Alone. After playing some minor roles in television, Emily Bett Rickards landed the role of Felicity Smoak in the hit TV supernatural series Arrow in the year 2012.

She was originally signed for one episode as a guest star, but her incredible performance and the interest of the fans in her chemistry with the star of the show, Stephen Amell, led her to be cast as a recurring co-star for the first season.

Rickards played the role of Lauren Philips in the movie Romeo Killer: The Chris Porco Story, which further helped her plummet to fame. She also played a minor role in Brooklyn. Her other film credits include Random Acts of Romance, Bacon, and Eggs, Cowgirls ‘N Angels 2: Dakota’s Summer, Flicka: Country Pride, etc.

Rickards was cast in the film Slumber in 2016, alongside Darby Stanchfield, Meaghan Rath, Lulu Wilson, Jason Liles, Richard Harmon, and Chris Mulkey, among others. The filming took place in Los Angeles in May 2016 and is set to be released in 2018.

The same year she was cast in Aisha Tyer's feature film, Axis, which premiered at the 2017 Sarasota Film Festival. The movie also won Outstanding Achievement in Filmmaking at the 2017 Newport Beach Film Festival.

She co-starred alongside Josh Dallas and Tom Cavanagh in the 2016 super-hero-themed short movie, Sidekick. She starred alongside Jana Winternitz and Matthew Glave in the 2018 tragic comedy Funny Story.  The movie premiered at the Slamdance Film Festival in January 2018. She made an announcement that she would be playing the lead role in a production of Zayd Dohm's Reborning for Reality Curve Theater Group at the Annex Theater in Vancouver. The production premiered on June 20, 2018.

Emily Bett Rickards' net worth was $2 million in 2018. This can be attributed to the huge success she has obtained from her role in Arrow. However, the actress has $2 Million as of 2022.

She reportedly earns an annual salary of $800K to $900K on a yearly basis on the show. Besides, the American actress earns good money from her social media presence, brand endorsements, and advertisement deals.

She has starred in movies and the tv shows such as Slumber, Funny Story, Axis, Sidekick, Brooklyn, Supergirl, Superhero Fight Club 2.0, and Comedy Bang! Bang!, Legend of Tomorrow, and The Flash.

Emily Bett Richards has been nominated for many awards, including Leo Awards for Best Lead

Emily Bett Rickards loves to hang out with friends in her free time, as seen on her Instagram. Her post on Instagram also indicates that she has a great love for animals, especially dogs. Other than that, she loves traveling with her friends.

She is yet to be married. She has been in a relationship with a number of prominent artists. Reportedly, she had an affair with the co-star of Arrow, Colton Hayes. The relationship was not confirmed by the couple yet, although their dating life attracted huge media coverage.

They met on the sets of Arrow in December 2013. They supposedly were together for a year and split. Bett reportedly dated and broke up with Lucy Pincer after Hayes, which suggests Emily Bett is a bi-sexual. She is single as of June 2017.

They seem to be doing pretty good, as none has been rumored to be dating anybody else. They do not seem to plan on getting married.

She has had no other boyfriend as far as the tabloids are to be concerned, and she has never speculated to be a lesbian or a bisexual. Her relationship status certainly seems to be in a relationship as of now, and time will tell if the couple is actually truly in love and will get married or not.

Further, the media personality is a fun-loving person and is often captured enjoying with her friends and family members. Rickards has a perfect body and a height of 5 feet and 5 inches. The actress is active on Instagram and Twitter with many fan followers.