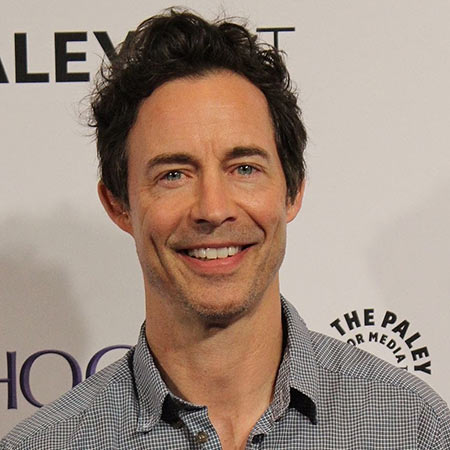 Thomas Patrick (Tom Cavanagh) was born on 26 October 1963 in Ottawa, Canada. Tom Cavanagh is notable for his roles in American TV Series like Ed from 2000 to 2004, Love Monkey in 2006, and Trust me in 2009. His supporting roles in 'Providence' and 'Scrubs' are also equally loved by many audiences.

Tom Cavanagh, born in Canada, belongs to a Roman Catholic family of Irish descent. He grew up with four other siblings. Tom has an older brother and three sisters.

Tom Cavanagh's older brother is a Crown Attorney and one of her sisters teaches Religious Education Ontario. The other is an autism specialist in Toronto and the youngest one is an Ontario-based writer.

Tom, as a child, moved to Winneba in Ghana with his family. Later,  the family moved to Lennoxville, Quebec, and then Tom started his high school in Seminaire de Sherbrooke and studied French.

He studied at Champlain College in Lennoxville at the CEGEP level. After that, he attended Queen's University, Kingston, Ontario where he grew his interest in theater, music, ice hockey, and basketball. He is a graduate with an English, biology, and education degree.

Tom Cavanagh has been in two relationships so far and one of them ended in marriage. Tom's first girlfriend was Paula Cale, an American actress.

Then, Tom Cavanagh dated Maureen Grise in 2002 and married her on 31 July 2004 in a Catholic ceremony in Nantucket, Massachusetts. Tom and his wife Maureen have two daughters and two sons.

Tom Cavanagh started his career appearing in TV dramas and commercials in the late 1990s. He was also cast in the Broadway Theater in Manhattan of Shenandoah.

Tom Cavanagh then started being noticed for his recurring role as Dog Boy in the NBC television program 'Providence'. Tom was also cast as the title character in the NBC program 'ED', for which he received a Golden Globe nomination and TV Guide Award. Tom's first guest appearance was on Scrubs in 2002

Then Tom, with Jason Priestley, Judy Greer, and Larenz Tate, played a role in American Comedy-drama 'Love Monkey' in 2005 which was selected for CBS as a midseason replacement. Tom Cavanagh, in March 2006, starred in 'My Ex-life', a comedy pilot for CBS.

Tom also appeared on the ABC series Eli Stone in 2008. In 2012, Tom appeared in the Lifetime television movie 'A Killer Among Us.

Tom Cavanagh's film career started with the movie White Light in 1991 where he had a supporting role. He did many supporting roles in movies like 'Sherlock Holmes Returns', 'Dangerous Intentions', 'A Vow to Kill', 'Mask of Death, 'Northern Lights, 'Honeymoon' etc. In the year 2002, he starred in the movie 'Bang Bang You're Dead'.?

Tom Cavanagh is very popular in the entertainment industry and his net worth is estimated to be around $4 million. Apart from his work, he loves spending time with his family, playing the guitar, and participating in sports.

Tom Cavanagh is the founder of Cavanagh Classics, an annual celebrity basketball tournament that gets held in Rucker Park in Harlem for Nothing But Nets.