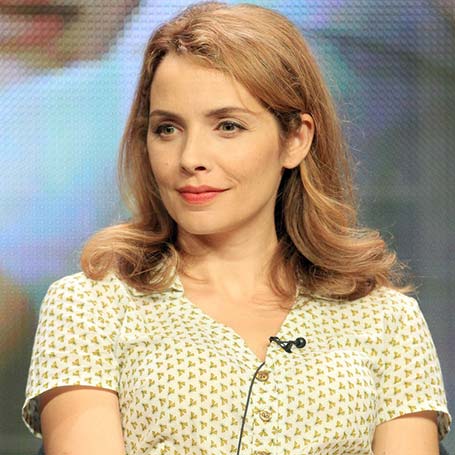 Award-winning Israeli actress Mili Avital is undoubtedly one of the prominent actresses who gained overnight popularity as a lead cast in the ma s sive hit 1994 science fiction movie Stargate. With a whole lot of praiseworthy film projects under her belt, the actress also did some TV work which includes Damages, 666 Park Avenue, and more. Her smashing performance in the movie Me'ever Layam also brought her Israeli Film Academy Award too.

Mili Avital was born on March 30, 1972, in Jerusalem, Israel. She is the daughter of Noni Avital, a graphic designer, and Iko Avital. She belongs to the Jewish family. She spent her early days partially in Tel Aviv and Ra'anana.

Mili did her schooling from the Thelma Yellin High School of Arts in Givatayim. She holds American and Israeli nationality and her ethnicity is mixed. In the year 1993, Avital moved to New York City in order to study acting at the Circle in the Square Theatre School.

Avital subsequently played the role in the movie Dead Man, The End of Violence, The Young Girl and the Monsoon, and Bad Seed as well. Prior to movies, Avital was also cast in the several TV series. From 2009-2010, the actress portrayed in the FX TV show Damages.

Her other TV work includes 666 Park Avenue, King Lear, and more. Besides, Avital also worked in a number of Israeli movies and TV shows. With her small role in TV movie Yael's Friends, she was first introduced to Israeli audiences. In 1992, her role in the feature movie Me'ever Layam also earned her the 1992 Israeli Film Academy Award.

Mili Avital has earned a considerable amount of money from her illustrious TV and film career. Some reliable sources have been reported that the actress has a net worth of around $1.5 million, in 2019. She has worked in many hit movies and TV series. As an actress, she is paid around $51,000 a year.

In  1994, Avital played the role in the movie Stargate which became quite hit at the box office making over $196 million.

From 2009-13, Mili was a part of the Board of Governors of the University of Haifa.

Mili Avital is a married woman who has been enjoying her wonderful conjugal life with her doting husband Charles Randolph since 2004. The couple tied the knot on July 1st, 2004, in an intimate wedding ceremony. Her spouse Charles is Academy Award-winning screenwriter.

With decades of cultivating a lasting relationship, the loving couple is also blessed with two children, a son Benjamin Randolph and a daughter Fanny Randolph.

Avital was previously in a relationship with David Schwimmer. It was reported that the couple started dating in early 1999 and broke up in November 2001.