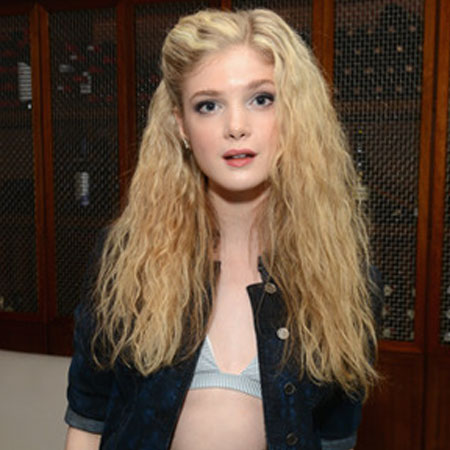 Elena Kampouris is an American film and television actress. She is recognized for playing the character of Allison Doss in Men, Women, and Children. She is also known for her work in the movie My Big Fat Greek Weeding 2.

Born In NYC, Kampouris Is Aged 22

Her mother, Ivey,  is a fashion illustrator and a designer whereas her father owns a boutique wine store. Elena holds an American nationality and belongs to a mixed ethnical background as her father is Greek while her mother is American, of English and French descent.

Elena Kampouris began her acting career at the age of 15. She made her debut from The CW series  Gossip Girl as a Constance Girl #2. Kampouris then appeared in a comedy film named Jinxed in 2013 along with Jack Griffo and Ciara Bravo.

In 2013,  Kampouris appeared in the movie Labor Day as a Young Rachel McCann. The film was directed by Jason Reitman and premiered at Telluride Film Festival on 29th August 2013. She then signed with the William Morris Endeavor for representation.

Elena Kampouris appeared in the comedy-drama movie Men, Women, and Children in 2014. She worked with Judy Greer, Rosemarie DeWitt, Jennifer Garner, Adam Sandler, and Dean Norris. The same year, she appeared in another comedy-drama film The Cobbler.

The following year, Elena starred in NBC thriller series named American Odyssey as Maya Decker. The series aired from April to June 2015 and after a season the series was canceled.

Kampouris then appeared in a supporting role in a romantic film My Big Fat Greek Wedding 2. The film released on 25th March 2016. She made her Broadway debut in  2016 in a  Donmar Warehouse production of Les Liaisons Dangereuses.

Kampouris also worked in a movie Before I Fall alongside Halston Sage, Logan Miller, and Zoey Deutch. The film was directed by Ry Russo-Young. Her upcoming project is Jupiter's Legacy which is set to premiere in 2020 on Netflix.

The 5ft 7 inches tall Elena Kampouris has already worked in dozens of successful movies and TV shows. She made a mark in the world of acting within a short span of time. According to some reliable sources, she has a net worth of $0.5 million, in 2019.

Elena is yet to be married. Likewise, the actress has yet to introduce anyone as her boyfriend. She has remained tight-lipped regarding her love life and relationship.

Besides, Kampouris also said that she starts her day by greeting her little bulldog with a big hug. She is an avid outdoors lover.