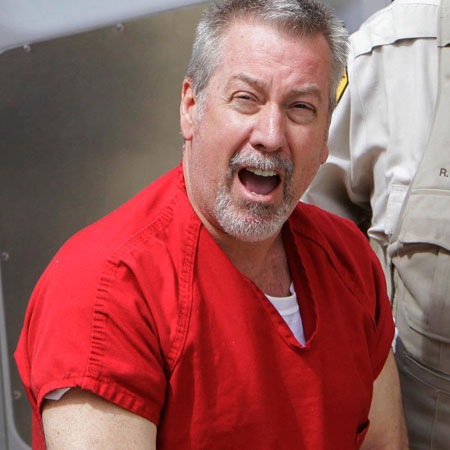 Born and raised in Bolingbrook, Drew Peterson is a former Police sergeant who was convicted of murdering his third wife, Kathleen Savio in 2004. In the year 2007, he received national publicity following his fourth wife, Stacy Ann Peterson's disappearance. She has never been found. The jury sentenced him 60-years to a prison on 6th September 2012. But in February 2013, his sentence was reduced to 38-year. He was further charged with two felonies on February 9, 2015, solicitation of murder and attempting to kill Will County State's, Attorney James Glasgow. On July 29, 2016, he was convicted and sentenced to an additional 40 years in prison.

Drew Peterson was born in Bolingbrook, Illinois, USA, on January 6, 1954. He grew up in his hometown Bolingbrook along with his brother Thomas Morphey. He is the son of Donald Peterson and Betty Morphey. Regarding his nationality and ethnicity, Peterson is a White American.

Peterson attended Willowbrook High School in Villa Park, Illinois and graduated in 1972. At the time, he became a cross-country team member and briefly involved in a relationship with his Carol Hamilton (later Carol Brown). He took her to his senior prom also.

Shortly after his graduation, Peterson went on to join military police officer. He also studied at College of DuPage.

Drew Peterson spent over 30-years working as a police sergeant. He started his military career working with the Bolingbrook Police Department in Illinois in 1977. He was assigned to the Metropolitan Area Narcotics Squad, in the year 1978.

The following year, Peterson was named Police Officer of the Year by his police department.

Peterson married to his high school’s sweetheart Carol Brown in 1974. The couple first met when they both were high school students. They dated for few years and tied the knot in 1974. The relationship between them didn’t last long and divorced in 1980 after his wife learned regarding his infidelity. The two has two sons together Stephen Paul Peterson and Eric Drew Peterson.

Peterson was later, linked to Kyle Perry. The former couple broke up after four months of dating. Perry later claimed that he used his power as a police officer to harass her.

Peterson married his second wife, Vicki Connolly, in 1982. The couple seemed happy at first. They even opened a bar together. But later in an interview with the Chicago Tribune, Connolly told about Peterson’s misbehavior and conflicting habit stating:

"When it was good, it was wonderful, it was great. But when it was bad, it was really bad,"

She further claimed that he bugged their home hence that Peterson could keep track of his wife. When he investigated for misconduct in 1985, he worked as an undercover narcotics officer for many years.

Peterson was proved guilty of disobedience and taking a bribe and was convicted by The Bolingbrook Fire and Police Commission. The government fired him but, he returned to his former position the following year after appealing his case. The couple finalized their divorce on 18th February 1992.

Not long after the divorce, Peterson went on to marry accountant Kathleen Savio, on May 3, 1992. They have two sons together, Thomas who was born on January 5, 1993, and Kristopher was born on August 8, 1994.

In 2002, Savio filed the restraining order against Peterson after claiming that he had physically abused her. Their divorce was finalized on October 10, 2003.

Peterson was having an affair with Stacy Ann Peterson, 19, while he was still in a relationship with third wife, Savio. After the separation, he married Stacy on October 18, 2003. She gave birth to their first child, a son named Anthony in 2003.

Two years later, the two welcomed their second child, a daughter Lacy. She also legally adopted Savio's children. Unfortunately, Stacy went dark on October 28, 2007. At the time of her disappearance, she was close to completing her nursing degree from Joliet Junior College.

In December 2008, Drew Peterson was involved in a relationship with a 23-year-old, Christina Raines. Raines broke up with him and moved out from his house on January 30, 2009. Her father, Ernie forced his daughter to select between him and Peterson.

Later on, Drew Peterson's fourth wife, 23-year-old Stacy Peterson also disappeared, on October 28, 2007. She was supposed to go to her sister’s home to help her do some painting, but, she never showed up. Peterson said that he received a phone call from his wife that night at 9 p.m., claiming that she left him for another man. Following the mysterious disappearance of Stacy, Peterson retired as a Bolingbrook police sergeant effective in December 2007.

Stacy Peterson’s family also launched a website SearchingForStacyPeterson.com to find her. She is still missing.

On May 7, 2009, the Will County State Jury charged Drew Peterson guilty on two counts of first-degree murder for the death of his third wife, Kathleen Savio. Bail was set at $20 million.

The majority of the case against Drew was solely dependent upon information Kathleen used to give to other people. Although the court usually doesn’t entertain such witnesses, the Illinois legislature passed a new bill which stated that such witnesses would be used in certain cases.

On September 6th, 2012, the jury sentenced him 60-years to a prison. But in February 2013, his sentence was reduced to 38-year. The family member of Drew’s fourth wife Stacy Peterson was present in the court as they hoped the verdict would lead to some activity regarding Stacy’s disappearance.

Peterson and his lower Joel Brodsky appeared on Steve Dahl’s radio show on WJMK Chicago, on January 23, 2008. That April, he also made an appearance on Larry King Live. He subsequently appeared as a guest on radio station WLS with Mancow Muller.

Lifetime television started filming Drew Peterson: Untouchable, in June 2011, including the event surrounding the mysterious death of his third wife Kathleen Savio and the disappearance of Stacy Peterson. In the movie, the American actor Rob Lowe played the role of Drew Peterson.

Drew Peterson’s exact figure of net worth is yet to be revealed.

According to some online sources, Peterson’s drew around $79K as pension from his nearly three-decade military service with the Bolingbrook Police Department.  Before he was sentenced for 38-years in prison, Peterson used to receive $6,067.71 per month as pension. But after he was sentenced to jail, it is unsure either he is still receiving it or not.