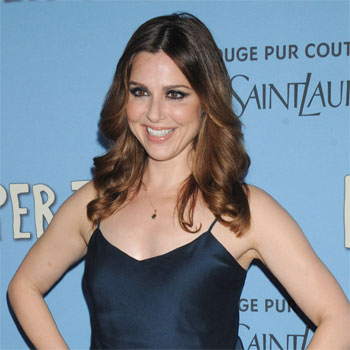 Cara Buono is an American actress, screenwriter, and director.  Debuted her career through Broadway and Off-Broadway stage works, she emerged as an actress in 1992 movie, Waterland. She is best known for her portrayal as Dr. Faye Miller in the fourth season of AMC drama series Mad Men.

Buono was born on 1st March 1974, in The Bronx, New York, U.S, under the birth sign Pisces. She was born to a blue-collar family. Regarding her ethnicity, she is of Italian descent holding an American nationality. She has two brothers and a sister.

Buono has an interest in acting since her tender age. She first completed her primary education from the Fiorello H. LaGuardia High School.

Later, Buono went to Columbia University, where she took major in English & political science. She graduated from the University in 1995.

Buono started her acting career in Harvey Fierstein's play named Spook House. She continued on Broadway and Off-Broadway works. She made her movie debut in 1992. She was cast opposite Ethan Hawke and Jeremy Irons in the movie, Waterland in the following year.

Buono played the role of Joann in two episodes of the television series, Dream Street. She has worked in Indie films including, Chutney Popcorn, Next Stop Wonderland, and Happy Accidents.

Buono has portrayed as Dr. Faye Miller in the fourth season of the AMC drama series Mad Men along with Elisabeth Moss, Vincent Kartheiser, January Jones. She has made her appearance in movies such as Hulk and Let Me In.

Besides acting, Buono has also produced, directed and written the films. Her works include a short film When the Cat’s Away, Baggage.etc. She has appeared in various films and TV series such as The Single Guy, Law & Order: Criminal Intent, Six Months to Live, Killer: A Journal of Murder, Take Down, A Good Marriage and so on.

Buono portrayed the role of Karen Wheeler in the television series, Stranger Things in 2016. She appeared as Anna Copeland in the TV series, The Blacklist: Redemption in 2017. She is currently busy in these series.

This Gorgeous actress has collected decent money from her acting career. Her television series and movies have gained many viewers till date. She has maintained a good net worth in her life.

Buono currently resides in Greenwich Village, New York City, with her husband and daughter. The couple has shared several pictures on their social accounts. They are living a happy married life as seen on their social networking sites.

Her husband, Peter is a famous entrepreneur and businessperson. He has worked for different projects including Ethos Water, Giving Water,  Fonderie 47, and Liberty United.