Drama in YouTube GlamLifeGuru's World, Too Faced in BIG Trouble! 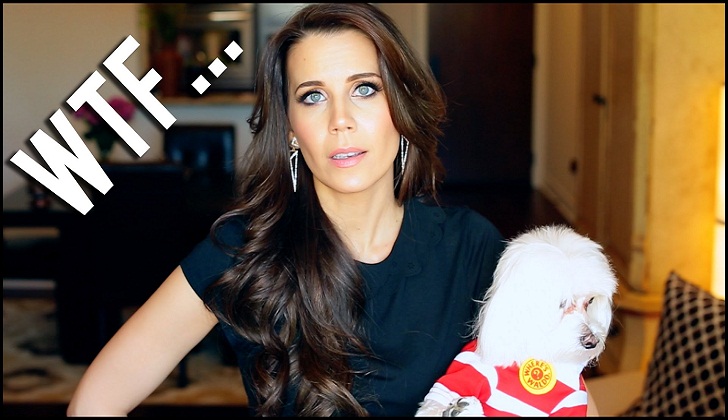 Earlier this week, Youtuber Jeffree Star dragged Too Faced Cosmetics' founder, Jerrod Blandino, to a huge controversy — alleging, among other things, that Blandino was shading fellow brand Tarte, and that Too Faced ripped off Nikkie Tutorials for the "Power of Makeup" collaboration.

While Jeffree Star claims that she has more details on the situation that is forthcoming, now another eminent beauty Youtuber has publicly broken up with Too Faced.

YouTuber GlamLifeGuru a.k.a Tati has said that she will no longer review or feature Too Faced’s products on her channel. She also claimed that she has apparently broken up with the brand.

Tati is well-known as one of the outspoken and beautiful voices in the beauty world. Her fan following is no joke. A single good review from the beauty guru about a product can make or break a product and for her to drop a major brand like Too Faced in this way, and to do so in public, is definitely a huge statement.

While doing a review of NikkieTutorials x Too Faced products, Tati claimed that the quality of her palette differed from the palette that other people received. "I feel, genuinely, that there were two different factories working on those palettes, and that mine might have been better than a lot of other people's."

Tati also said "I don't think the company has great ethics. I don't really care for the vibe and what they stand for, and I think their company actually IS very too faced." The beauty guru stated that she would never be putting Too Faced products on her channel as well.

There have just been too many things that have happened, and too many experiences that I have had personally, to feel like I want to support them anymore. Some and Too Faced, we're broken up.

Now that the controversy rose to a greater height, Jeffree immediately tweeted by saying that she is going to have a collab video with Tati real soon and that she is proud of the GlamGlifeGuru for speaking her heart out.

Who wants to see a GET READY WITH @GlamLifeGuru on my channel???? :D

So much respect for @GlamLifeGuru for not being afraid to speak her mind. https://t.co/xxIAzXMpYM

Thanks ... I've had my own poor experiences with the brand & just felt it needed to be said. ?

Although this is a bit dramatic, we would like to see some better reviews without serious controversies on Tati’s Channel.