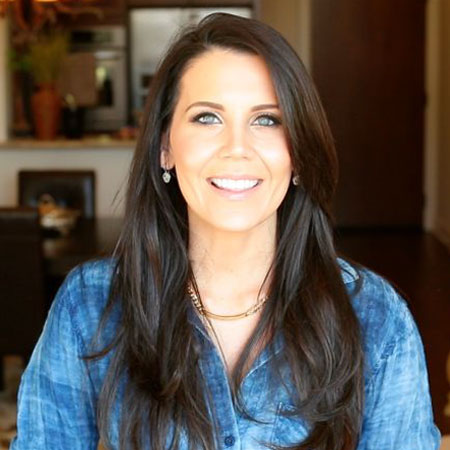 Tati Westbrook is a famous makeup artist and YouTube star. She is widely known for her YouTube channel named Tati formerly Glam Life Guru. She was the runner-up in the Allure beauty blogger of the year awards and was entitled as a YouTube Breakout Beauty Star. A Seattle-based artist moved to Los Angeles, California to pursue her dream after completing high school. She worked as an image consultant for a few years before creating her YouTube channel. Westbrook was also featured in few TV series before becoming a makeup artist and cosmetic expert.

Tati West was born on February 14, 1982, in Seattle, Washington. She grew up in Seattle before moving to California to fulfill her cosmetics dreams. Her father is Cindy Krievins, is a talent agent/manager.

West grew up in Seattle along with her family. Westbrook is of White-American ethnicity and American nationality. She has also two sisters named Erika Krievins and Sabrina Krievins. Both of them are actresses.

West graduated from a local high school in Seattle, Washington.  She then moved to Los Angeles to become a makeup artist.

Tati Westbrook is a former child actress who played in a documentary TV series Unsolved Mysteries in 1996. She later appeared in a supporting role in a TV series Greek in 2007.

Westbrook is the creator of the World's Most Popular weekday Beauty Product review channel 'Tati' formerly known as Glam Guru.

Before becoming a YouTuber, Westbrook worked as an image consultant. She is now referred to as the Tati all over the world among her fans.

Westbrook also appeared in 100 episodes of Amazons Style Code Live as their LA-Based Beauty Correspondent. Along with choreographer, teacher, and dancer Matt Steffanina, she partnered in a dance competition called Dance Showdown.

Tati Westbrook began her YouTube journey to teach women about makeup, Westbrook ended up making it her full-time job. She created her YouTube channel Glam Guru in November 2010 and she later changed her channel's name to Tati.

Tati was the runner-up in the 'Allure Beauty Blogger of the Year's Award'. Women’s Wear Daily named her YouTube Breakout Beauty Star.  She frequently features in the World’s leading editorial magazines like Glamour, Allure, and Cosmopolitan.

Tati Westbrook is the product expert for the new Amazon show ‘style Code Live’ with the weekly “Hot Product of the Week” segment. She is also involved with Matt Steffanina in a dance competition called Dance Showdown.

Westbrook has also sponsored posts of companies like Clinique in her videos. She only sponsors products that would appeal to her audience and not damage her brand. She also uploads vlogs of a special occasions.

Westbrook created this channel to a devote base that trusts her opinions thanks to her straightforward and honest reviews. She often compares high-end products to drugstore finds and helping people to put makeup on their limited budget.

Westbrook is considered one of the famous Makeup artists in the YouTube world. The list also included other YouTubers such as Michelle Phan, Nikkie de Jager, Laura Lee, Jessica Lee Rose, and many others.

Westbrook's channel has 5.1 million-plus subscribers on her YouTube channel titled Tati and 884 million-plus video views as of July 2018.

Besides, Tati is running her another brand called Halo Beauty which produces a different kind of cosmetic items for hair and skin.

Tati Westbrook is a YouTuber with the skills to make money. Her Instagram posts prove that she has a wealthy lifestyle. Looking at her lifestyle her net worth is close to  $3.1 million, as of July 2018.

How Much Does Tati Westbrook Make A Year?

Glam Guru earns around $1400 per day in revenues from Youtube which means she earned $400,000 last year only. Her income will keep growing with her channel.

Tati has shown his active involvement in social networking sites such as Twitter, Instagram, and YouTube. She has a huge number of fan followers on her social accounts. She has earned numerous viewers on her YouTube as well.

Tati is also quite popular on social media like Facebook. Westbrook has generated a mega fan following on her Instagram account. It also plays one of the major roles to boost up her net worth as she has endorsed a number of well-known brands. And the Instagram star who has over 1 million followers can command around $5000 promotional posts.

Tati Westbrook is a married woman. She tied the knots with her boyfriend James Westbrook on 11 Jan 2017. The couple has been together for almost eight years. Westbrook engaged to James in January 2012. After five years, the couple wed in an intimate ceremony in front of their family and friends in 2017. Their wedding ceremony was held in Maui attended by Nikki Phillippi and James Charles too.

Tati announced her surprise wedding on her channel expressing how much she was excited about her marriage.

Her husband James Westbrook is also interested in makeup and cosmetics. He has featured in numerous YouTube videos of her wife. He regularly appears on her Instagram posts. Her Instagram is filled with makeup tips, tutorials, and fun moments sharing with her husband and family. James has also a son named Taylor but the name of his son's biological mother is still a mystery.

My favorite little friend @mylittlepuka He approves of the Whipped Cream Primer Link is in bio! #Maltese

Westbrook is also an animal lover who has a pet dog named Puka.

Here is the video of her private wedding to James Westbrook in January 2017.