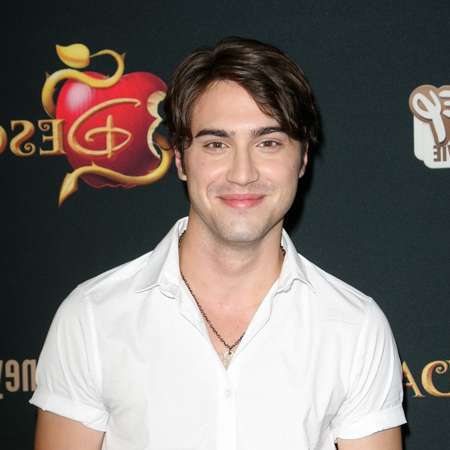 Ryan McCartan is an American singer and television actor. He was born on 14th June 1993 in Minnesota, United States. He is a proud son of Conn McCarton, who is the principal at Eden Prairie High School in Eden Prairie, Minnesota. He also has a sister named Allison who is also an actor. He is mostly known as the character Diggie Smalls in the Disney Channel Original Comedy Series, 'Liv and Maddie'.

Graduating from Minnetonka High School in Excelsior, Minnesota he is a Triple Threat Award-winning participant in Hennepin Theatre Trust’s Spotlight Musical Theatre Program. He was a 2011 Jimmy award winner, which is the top honor given to only two students at the National High School Musical Theatre Awards which was held at the Minskoff Theatre on Broadway in New York city.

Ryan even received $10,000 as a scholarship award and as well as consideration for other professional advancement opportunities. He comes under one of twenty high school students nationally to receive the award and also one of only two winners in a theater which is the highest honor to receive at this young age. He was selected on the basis of his civic, academic and artistic achievement.

McCartan officially started his acting career when he cast as Diggie Smalls, a high school basketball star on the Disney Channel comedy ‘Liv and Maddle’. He plays the love interest for former teen actress Liv Rooney played by Dove Cameron. The massive fan following and popularity of the show led Ryan to several guest appearances on the primetime series such as ‘Royal Pains’ and ‘The Middle’. He also starred in the 2014 Off-Broadway run of ‘Heathers’, which was a musical based show.

Heading towards his personal life, Ryan began dating his co-star of the series ‘Liv and Maddie’ Dove Cameron from 6th August of 2013.  The couple even formed a band together called ‘The Girl And The DreamCatcher’. They also released singles ‘Someone you Like’, ‘Written in the stars’ and ‘Glowing in the Dark’. Ryan even has his own album ‘Heart Attack’.

Ryan and Dove make a very cute couple and the news of them having an affair was a big treat for their fans. On 14th April of 2016, Ryan and girlfriend Dove decided to make their relation even stronger and got engaged. The couple was more than happy while announcing their engagement.

The singer is just at the beginning of his career and he already has won millions of heart. His acting ability and good looks have really managed to rule over the Hollywood. The actor/singer has always been able to grab the attention from critics and audience through his talent. Currently, his net worth is estimated at 400 thousand dollars and it's further going to increase as he is earning an outstanding salary from his acting and singing profession. Further information, which you may need about him, is available on his bio and the wiki page.