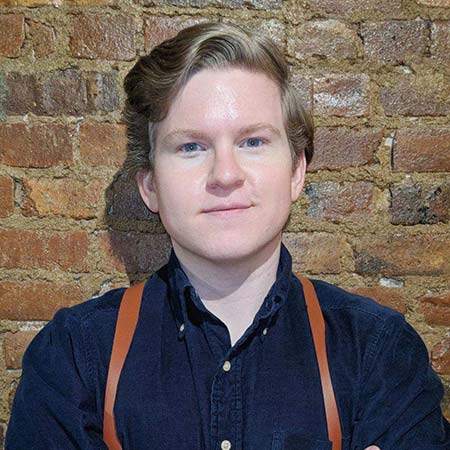 Talented star Doug Brochu is an actor, comedian, and voice actor best known for his performance in the sitcom Sonny with a Chance and the series So Random!. Similarly, among people, he is also popular for being the brother of an actor, singer, and songwriter Chris Brochu.

Doug Brochu was born in Fayetteville, NC, 1990, September 29 under the birth sign Libra. He holds American nationality and belongs to the white ethnicity.

The #tbt to end all #tbt @christopher_m_brochu @tjohnlongo and I. Hide your daughters.

Dough spent his early life in his home town along with his siblings, Chris Brochu, and Kaitlyn Brochu. Both of his siblings are famous as a Hollywood actor. However, the details regarding his parents and educational qualification are missing in the media.

Doug Brochu started his career from the TV series Zoey 101 in the year 2007. Similarly, in the same year, he appeared in another series iCarly. After a year, Doug gave his voice in the animated series The Replacements in the year 2008. The following year, he worked as a lead in the television show Sonny with a Chance where she as appeared alongside  Allisyn Ashley Arm, Demi Lovato, Tiffany Thornton.

Additionally, the actor is also a notable part of the several series like Pair of Kings, So Random!,  Obituaries and many more. Likewise, Brochu appeared as a guest in an episode of the show Astrid Clover and also worked in the short film Winesburg: Death.

Furthermore, the prominent figure also served as a voice artist in the series like Kick Buttowski: Suburban Daredevil and Fish Hooks. Also, he featured in the stage productions of My Fair Lady, Smokey Mountain Christmas, The Play's the Thing and Forever Broadway as well.

The handsome hunk Doug Brochu is currently enjoying his success. Since fame comes along with money, he is also in his way to be the multi-millionaire. Though he has not revealed the accurate figure of his net worth, it is believed to be $3 million as per some online sites.

The actor has gathered an impressive worth and a good salary from his professions. All of his fortunes are collected by his films, series, advertisements, TV commercials, endorsements, and sponsors deals.

Sonny with a Chance star Doug Brochu is dating Caroline Dunaway at the moment. His girlfriend is a popular actress, writer, and producer. The couple has been dating since 2014, December 28.

The pair shares a strong bond and loves spending time together. They post several pictures on Instagram and seems truly in love. 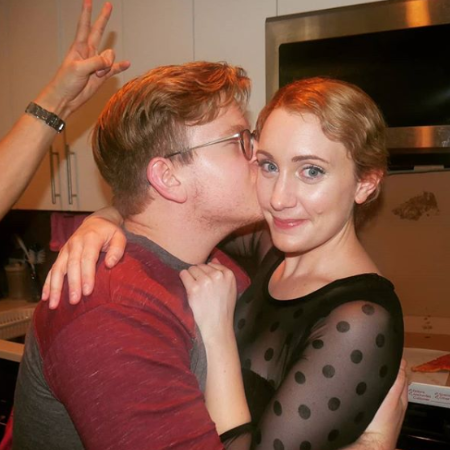 Well, the pair even started their comedy series Burnt Quiche on Youtube.

Prior to this, Brochu was in a romantic relationship with Skyler Day. The duo met and began dating in 2009, however, broke up after a few years.