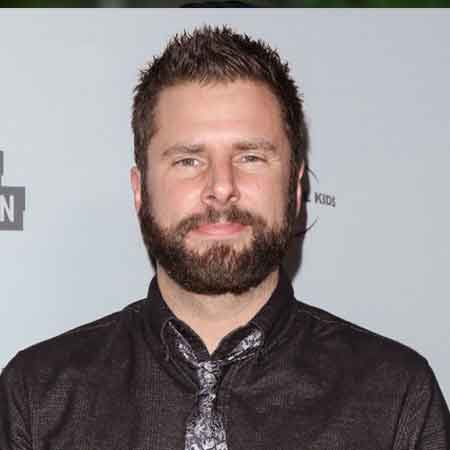 American actor, director, and writer, James Roday is famously known for his work in the US Network's TV series, Psych. He not only act but also wrote and directed the series. Roday's performance helped him to get nominated for several awards. The actor with multiple careers has appeared in many other movies and television series too.

James Roday was born James David Rodriguez on 4th April 1976 in San Antonio, Texas under the birth sign Aries. Roday is the son of Jamie ''Jim'' Rodriguez, a retired Air Force Master Sergent and Irene Rodriguez. His parents raised him with his sister, Lisette Rodriguez.

James Roday made his Hollywood debut as an actor as Chad in a romantic comedy film, Coming Soon in 1999 starring Bonnie Root, and Gaby Hoffmann. The same year, he made his TV debut as Vic in TV Guide's crime drama TV series, Ryan Caulfield: Year One.

Following his debut, Roday worked in several movies and TV series. Particularly, she is famous for his role, Shawn Spencer (a freelance consultant) on USA Network's detective comedy-drama TV series, Psych. He also worked as a director, writer, and producer in the series. The TV show starred Dule Hill, Timothy Omundson, Maggie Lawson, and Kristen Nelson.

His performance helped him to get nominated for Satellite Awards, NCLR ALMA Awards, and EWwy Awards, among others.

As of 2018, he is working as Gary Mendez on ABC's upcoming American family drama TV series, A Million Little Things along with David Giuntoli, Ron Livingston, and Romany Malco.

Roday made his directional debut in 2009 in TV series, Psych whereas he made his debut as a writer in a video game series, Driver in 2002. Once when he was asked about his character from Psych he said,

"It was 100% Gary for me. The only thing that I knew, going in, was that Rome was African-American, so that wasn’t going to work. Gary spoke to me, so that was the direction that I went in."

He also directed and wrote several movies and TV series like Gravy, Skinwalkers, Rush Hour, and Psych: The Movie among others. His latest work includes Treehouse where he worked as both director and writer.

According to the Celebrity Net Worth, James Roday has an estimated net worth of $3 million as of 2018. The main source of his earning is his acting and direction.

As per several online sources, a TV star makes an average salary that ranges from $150k to $1 million. He also made the same figure. He is living a lavishing life and owns a house in Los Angeles which costs a million dollars in the market.

James Roday is yet to be married and is reportedly single these days. Previously, he dated his co-star Maggie Lawson, an actress. The couple met for the first time on the sets of Psych and eventually fell for one another and started their affair.

The pair also bought a house in Los Angeles and started living together. However, after living together for almost seven years, they broke up for some undisclosed reasons. In 2017, they again reunited in the movie, Psych: The Movie where they got married on-screen.

Check out the interview with James Roday: