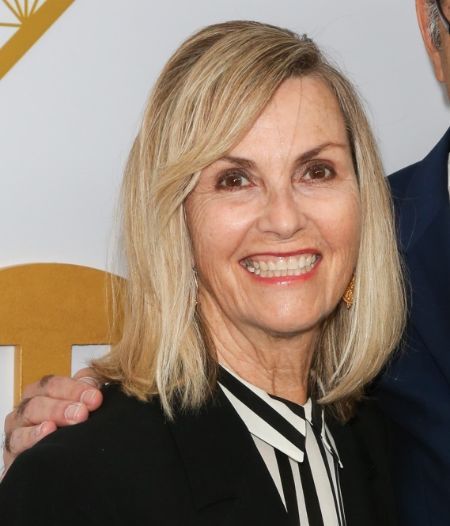 Deborah Divine is the Canadian screenwriter, producer, and production manager who, among people, is also famous as the wife of Canadian actor, comedian, writer, director, and producer Eugene Levy. Married for over four decades, the couple's children Dan and Sarah Levy are actors and starred alongside their father in the Canadian sitcom Schitt's Creek. Divine is undoubtedly the pillar of the Levy family and has time and again showed her support to them, though she prefers living a low-key life, unlike her family members.

Deborah Divine was born on August 6, 1959, in Canada. As of September 2020, she is 61 years old. Her mother, Patricia Divine, was an aspiring singer who trained at The Royal Conservatory of Music in Toronto, Canada.

Deborah Divine is the longtime wife of Canadian actor, comedian, writer, director, and producer Eugene Levy. They got married on June 12, 1977, and have been together for over four decades. The couple split their time between their homes in Los Angeles, Florida, and Canada. 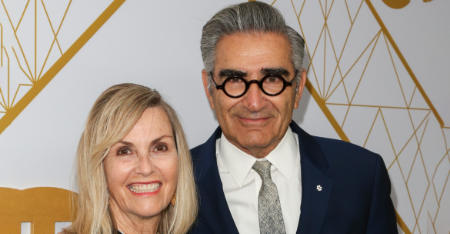 Eugene Levy is an eminent figure of the entertainment industry as a comedian, actor, writer, director, and producer. A 51-year veteran, Eugene is the only main character to have appeared in all eight installments of the American sex-comedy movie series, American Pie.

Levy is also credited as the co-creator of the hit Canadian sitcom Schitt's Creek alongside his son. Besides that, he also stars in the sitcom alongside his two children as Johnny Rose -- a role for which he was nominated for a Primetime Emmy Award.

Mother of Dan and Sarah Levy

Deborah is the mother to two children with Eugene Levy, The elder of the two children, son Daniel "Dan" Joseph Levy, was born on August 9, 1983. Their daughter, Sarah Levy, was born three years later on September 10, 1986. Eugene was adamant that their children be brought up in Toronto so that they would be away from the spotlight of Hollywood.

Nonetheless, the siblings have both followed their parents into the entertainment industry. Dan Levy co-created the sitcom Schitt's Creek with his father and stars with him and his sister in the series. 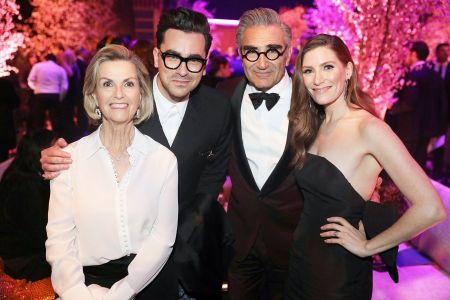 Dan Levy has also hosted and/or written and produced shows like MTV Live, The After Show, Daniel Levy's Holi-Do's & Don'ts, and The Great Canadian Baking Show.

On the other hand, Sarah Levy is known for her appearances in movies like Cheaper By The Dozen 2, Larry Crowne, and Working the Engels.

Undoubtedly, Deborah is a proud mom. She recently called out all the bullies her son faced while he was growing up. Her tweet came right after Dan hosted Saturday Night Live for the first time.

This goes out to the bully punks at Camp WTF who made life miserable for a certain cabin-mate back in the summer of ‘96 - just because he was different. Well, after all these years I have just 7 words to say to you: “Live from New York, it’s Saturday Night!”

While her husband and children would eclipse her in popularity, Deborah Divine is, nonetheless, a screenwriter, producer, and production manager. She was a writer on her husband's YTV sitcom Maniac Mansion. Besides that, she has also been a writer for movies like The Edge Of Night, Higgin Boys, and Gruber. Additionally, Divine is also a contributing writer to The Huffington Post.

As per the sources, the estimated net worth of Deborah is $5 million. On the other hand, her spouse's riches are calculated at $20 million. Both of her kids are also well-settled and well-earners. Dan's income is estimated at $14 million as of Feb 2021.