David Krumholtz is an American actor best known for playing the role of Charlie Eppes in the CBS drama series, Numb3rs. His other notable performances are in the Harold & Kumar film trilogy and in the Santa Clause film franchise.

He has been married to Big Breaks actress Vanessa Britting with who he shares two children; Jonas Krumholtz and Pemma Mae Krumholtz.

Born in a Poor Jewish Family

David Krumholtz was born on May 15, 1978, in Queens, New York, the United States of America, to parents Michael Krumholtz and Judy Krumholtz, under the birth sign Taurus.

He was raised along with his elder sister Dawn Krumholtz in a "very working-cla s s, almost poor" Jewish family. His father was a postal worker for the US Postal Service and his mother was a Dental a s sistant.

Krumholtz studied at Stephen A. Halsey Junior High School in Forest Hills, Queens. He then attended New York University and later graduated from there.

David Krumholtz started his acting career at the age of 13; he and his friends auditioned for the Broadway play Conversations with My Father in 1992. He won the role of Young Charlie in the play along with Judd Hirsch, Jason Biggs and Tony Shalhoub.

In the following year, he appeared in two feature films, Life With Mikey (along with Michael J. Fox) and Addams Family Values (along with Christina Ricci). Krumholtz was nominated for a 1993 Young Artist Award for his role in Life With Mikey.

In 2005, Krumholtz was cast as a series regular, Charlie Eppes, on the CBS television series, Numbers. He appeared on the show until 2010, alongside Judd Hirsch and Peter MacNicol.

He has since appeared in numerous television series such as The Deuce, Living Biblically, Partners, The Playboy Club, The Lyon's Den, The Trouble with Normal, The Closer and Chicago Sons.

As for his film appearances, Krumholtz has appeared in 10 Things I Hate About You, The Santa Clause, Addams Family Values, Santa Clause 2 and This Is the End.

Estimated Net Worth of $8 Million

David Krumholtz is one of the successful film and television stars and throughout his career, the 41-year-old Numb3rs star has earned a substantial amount of money.

According to Celebrity Net Worth, Krumholtz has an estimated net worth of $8 million. As for his salary, while appearing on Numb3rs, Krumholtz was reportedly earning more than $50 thousand per episode.

As we mentioned earlier, David Krumholtz has been married to an actress, David Krumholtz, who is best known for her role in Big Breaks, Walking the Walk and Presentation. 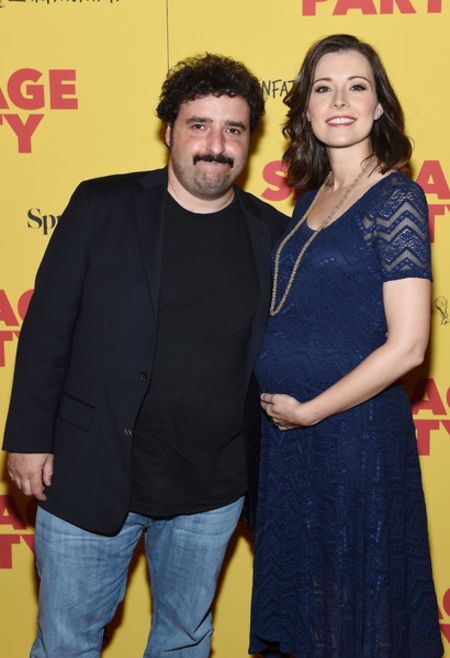