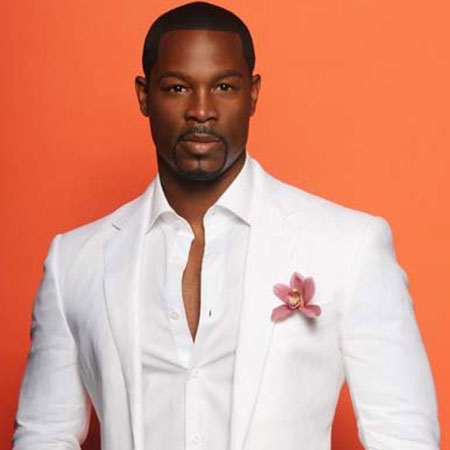 Darrin Henson is an actor and dancer famous for his dance instruction video Darrin’s Dance Grooves. He has choreographed concerts and music videos for celebrities like Jordan Knight, Backstreet Boys, Spice Girls, and Britney Spears. Besides, people also know him as Lem Van Adams on the television series Soul Food.  Soul Food.

Darrin Henson was born on May 5, 1972, in Bronx, New York, the USA under the zodiac sign Taurus. He holds an American nationality and belongs to African ethnicity.

Darrin grew up in the Bronx where he completed his school and high school.  He, later on, attended "Prep For Prep" which is a non-profit organization mainly based on prepping NYC's top minority students.

Darrin began his career as a dancer and is best known for his dance instruction video Darrin’s Dance Grooves. He is also an actor and the following year, he appeared on the Showtime TV series Soul Food which started from 2000 to 2004. He also starred in productions such as the slow-motion picture Stomp the Yard.

While he was still acting on a TV series, he directed the film Violation in 2003. In 2007, Darrin portrayed the role of Ruben in Lincoln Heights Television series. In 2011, Darrin made his appearance in The Inheritance along with Golden Brooks, D.B. Woodside, Keith David, and Rochelle Aytes.

CAPTION: Darrin Henson along with other actors being featured on Chocolate City movie SOURCE: ramascreen

Darrin is also a music video producer. When he was working as a producer, he has choreographed music videos and concerts for a popular music artist. Some of the popular artists he worked for are New Kids on the Block, Jordan Knight, Britney Spears, Backstreet Boys, 98 Degrees, NSYNC, and Spice Girls.

You May Also Like: Britney Spears is in Japan! See what’s see is doing, Concert Photos and Fans Reactions!

Darrin Henson has the net worth estimated to be around $3 million. As a multitalented person, he was able to collect a decent amount of fortune from his professional career. Till date (early 2019), he has played in 12 movies, 2 television series, choreographed hundreds of videos. and directed his own movie.

Darrin Henson,  age 46 (2019) is rumored to be in a relationship with Chante Moore who is an American singer, songwriter, and actor. The couple, however, is yet to confirm their relationship.

Prior, he was married to Rachelle Henson in March 2014 at an intimate wedding ceremony. Soon after, they gave birth to their first baby; a daughter in July 2014. Sadly, their marriage did not last long and they divorced just after six months. Darrin also had an affair with actress Denyce Lawton in May 2013.

One of the To success ? No days off . Thank you to @worship_unleashed for the Great convo and interview .. God speed to you all #darrinhenson #interview #pregnantwiththought #thefamilybusiness

Taking about his online presence, he is active on social media Instagram and news media twitter. As of 2019, he has about 146k followers on the former and 18.9k on the latter.

In the video shown below, Darrin Henson shows his dance move on a song 'Tank'.