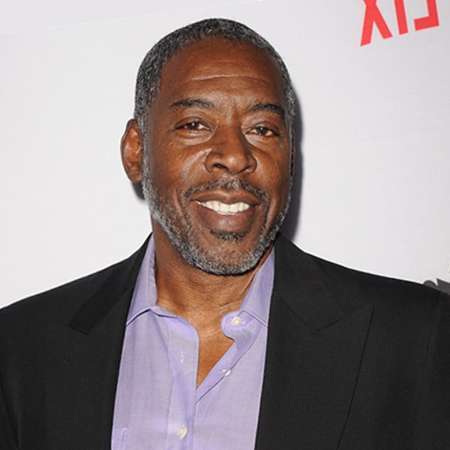 Ernie Hudson, an American Character actor, is well known for portraying as Winston Zeddemore in the Ghostbusters film series, The Crow as Sergeant Darryl Albrecht (1994), and also Warden Leo Glynn on HBO's Oz.

He received the 2007 Award for Excellence in Film, Television and Beyond at the Lake Arrowhead Film Festival in California.

Raised By Maternal Grandparents After Death Of Mother

Ernie Hudson was born as Earnest Lee Hudson on December 17, 1945, in Benton Harbor, Michigan, United States of America. He belongs to a black ethnicity and holds an American nationality.

Ernie was born to mother, Maggie Donald but he never knew his father. His mother, Maggie died due to tuberculosis when he was two months old. After his mother's death, Ernie grew up with his maternal grandmother, Arrana Donald. He has a younger brother, Lewis Hudson.

Ernie joined Benton Harbor High School. Later, he enrolled at Wayne State University but was rejected due to his grades and attended a community college for a year, where he improved his grades. He again applied for Wayne State University and graduated with a bachelor of fine arts degree in 1973. He was also awarded a full scholarship to the master of fine arts program at the prestigious Yale School of Drama.

During his University, Ernie became the resident playwright at Detroit's Concept East Theater, which at the time was the oldest black theater company in the nation.

Ernie Hudson debuted with the movie, Leadbelly in 1976 as Archie. The film was directed by Gordon Parks starring Roger E. Mosley.  The same year, he appeared in the American cult Blaxploitation sequel, The Human Tornado as Bo.

The next year, Ernie portrayed as Black Bart in the Mad Bull television series. The same year, he appeared in the American television miniseries, King as Jack Corbin.

Ernies appeared in HBO's series 'Oz' directed by Warden Leo Glynn with his son Ernie Hudson Jr. His son was given the role of an inmate Muslim boy named Hamid Khan.

In 1995, Ernie was also in the film 'Congo' directed by Frank Marshall and in 1994, he acted as Police Sergeant Albrecht in the film 'The Crow.'

Ernie Hudson married Jeannie Moore in 1963 when he was eighteen and his then-wife was sixteen years old. Soon after the marriage, the former couple welcomed two children, Ernie Hudson Jr., and Rahaman Hudson. His eldest son, Earnest Lee Hudson Jr. is also an actor. The couple divorced after thirteen years in 1976 and after divorce, their kids started living with Ernie in LA.

Ernie married for a second time to Linda Kingsberg(former flight attendant) in 1985. Ernie and his wife Linda first met when he was working in a Minneapolis production of The Great White Hope.

I was reluctant to marry Linda, partly because she is white and I was nervous about our prospects as an interracial couple.

In the month of July 2016, some people spread the rumor on the internet that Ernie Hudson is dead. The rumor spread quickly, and people from around the world started writing condolence for the legendary actor on Facebook with tag #RIPErnieHudson.

However, the rumors were confirmed as a hoax and are not real, and it was just a random person who tried to get people's attention.

Ernie Hudson has earned a huge amount of net worth from his career. His current net worth is $15 million. He is currently living with his family in a luxurious house in Hidden Hills, California, the U.S.

In 2016, he made came in the remake of comedy-drama Ghostbusters which collected $295.2 million worldwide.