Darrell Britt-Gibson is an American actor who is widely known for his role in the HBO series The Wire. He also has deserved credit for his work in Californication, Power and You're the Worst. The prominent role in the TV series Barry also earned him a Screen Actors Guild Awards. He also won Gold Derby Award for his performance in a movie Three Billboards Outside Eiibing, Missouri.

Darrell Hadari Britt-Gibson was born in Silver Spring Maryland, United States. It is yet to be confirmed whether he was born in 1985 or 86. He belongs to African-American ethnicity and holds American citizenship.

He is the youngest son of Donna Britt and Greg Gibson. His mother is an author and former syndicated newspaper columnist. He grew up with his elder brother Justin Britt-Gibson. He also has a younger half-brother Skye Merida from his mother's remarriage to newspaper editor Kevin Merida.

Darrell studied theatre at the University of Maryland Baltimore County.

Debuted From Television Series 'The Wire'

Darrel Britt-Gibson initiated his acting journey with the television series The Wire in 2006. He appeared as a Darius 'O-Dog' Hill in the show until 2008. A year later, he landed his first role in the movie Toe to Toe. The actor made his own mark after his role in a television series You're the Worst from 2014 to 2017.

In 2016, Darrel featured in the movie Keanu sharing space along with Jordan Peele, Keanu Reeves, and Keegan-Michael Key. The same year, he was nominated for Critics' Choice Movie Award for Best Acting Ensemble in 20th Century Women. 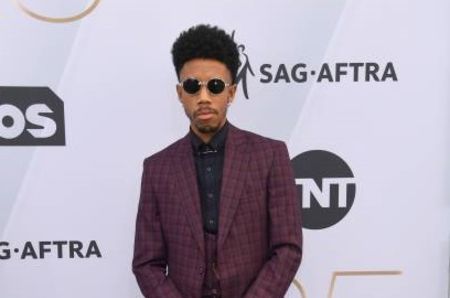 Darrel shared a Gold Derby Awards with Kerry Condon, Abbie Cornish, and Peter Dinklage for his work in a movie Three Billboards Outside Ebbing, Missouri in 2018. The actor was also cast in Barry from 2018 to 2019. His work in a show also earned him a Screen Actors Guild Awards.

Darrell Britt-Gibson has earned pretty well from his career as an actor. He has an estimated net worth of $1 million.

Darrell appeared in box-office successful movie Three Billboards Outside Ebbing Missouri that earned $159.2 million at the box office worldwide from $15 million budget. The average salary of an American actor is $50,224 per year.

Darrell Britt-Gibson is currently living single. Darrell was once rumored to be dating Three Billboards Outside Ebbing, Missouri co-actress Abbie Cornish. Despite their frequent public appearances, the couple never addressed the rumor. 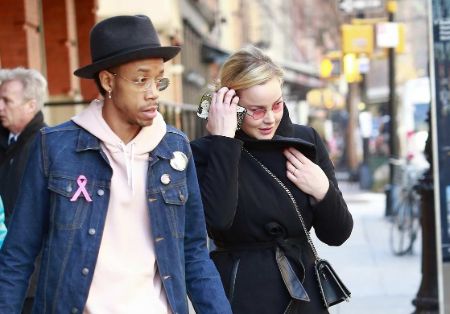 His then rumored-girlfriend Cornish got engaged to her boyfriend Iraqi professional Mixed Martial Artist Adel Altamimi in February 2019.