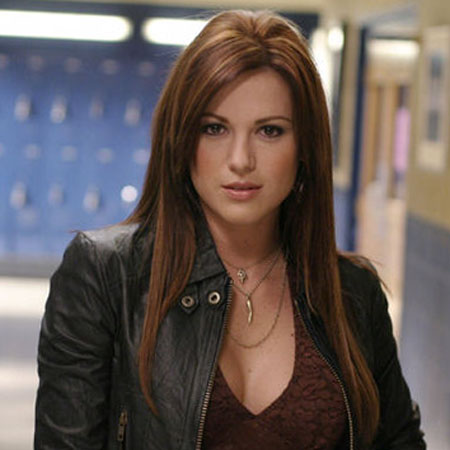 Danneel Harris was born on March 18, 1979, in Lafayette, Louisiana, the United States of America. She belongs to American nationality and her ethnicity is white. She was raised in the small town of Eunice in St. Landry Parish.

Danneel Harris is the daughter of practicing ophthalmologist Edward E.Grual, Jr and Deborah Graul, who works as an interior designer. She has a brother named Gino Graul.

Elta Danneel Ackles started her as a model, appearing in print and many television commercials. She was already training as an actor at the time. She is a very close friend of her One Tree Hill (2003) co-star Sophia Bush and Bevin Prince.

Danneel Ackles also appeared in Ten Inch Hero (2007) with her One Tree Hill co-star Elisabeth Harnois and her husband Jensen Ackles.  On March 2, 2004, she made her first appearance on the daytime soap One Life to Live, as well as the indie film the 'Plight of Clownana'.

Danneel Ackles attracted many of people through her role in One Tree Hill, in 2005. Her role, the cunning Rachel Gatina, proved to be popular and she was promoted to series regular in the fourth season.

In the meantime, Danneel Ackles also had a prolific film career, with roles in Ten Inch Hero, 'Extreme Movie', and 'Harold & Kumar Escape from Guantanamo Bay'. Before beginning her acting career, she worked as a model with companies like Big Sexy Hair and Juicy Jeans.

Danneel Ackles has an estimated net worth of $3 million, according to celebrity net worth. in 2019. She mainly makes money from her work as an actress and model.

On the othe hand, Ackles' husband has a net worth of $14 million. The couple also has a house in Austin. The 7,500-square-foot residence also shares five bedrooms.

According to her personal life, the 40-year-old Dannel Ackles is a married woman. She got married to her longtime boyfriend Jensen Ackles in May 2010. Their wedding place took at sunset at the Crescent Court Hotel in Dallas, Texas. According to the Bustle, they were friends for seven years.

Dannel Ackles' husband Jensen is an American actor and director who is best known for his roles in television as Eric Brady in 'Days of Our Lives'. The couple has three children and their first daughter is named as Justice Jay Ackles. She was born on May 30, 2013.

After that, Danneel Ackles welcomed twins, a son, and daughter named  Zeppelin Bram Ackles and Arrow Rhodes Ackles. They were born on December 2, 2016.

The couple currently resies in Austin, Texas with their two adorable kids.

Ackles stands tall with the height of 5 feet 7 inches, which is around 1.7 meter and her weight is 58kg. She has a very attractive body with her body measurement of 34-24-34 inches.