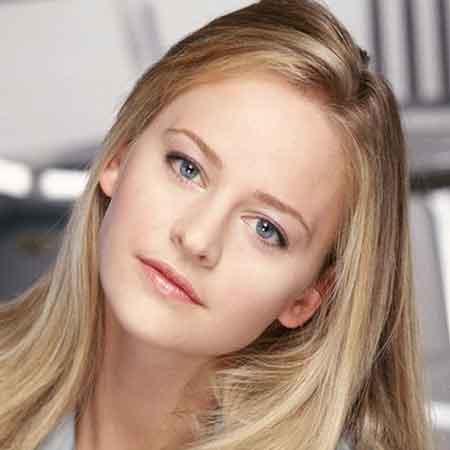 Daniella Wolters is an American actress most popular for her appearance as Julie Connor on the American Saturday morning television series, Hang Time until 2000. Initially, she wanted to be a basketball player but destiny had something else planned for her.

Along with her successful acting career, the actress has also been leading a healthy relationship with her husband Jay Hernandez.

Who Is Daniella Deutscher?

Daniella Deutscher was born Daniella Maria Deutscher on October 4, 1975, under the birth sign Libra. Her family moved to several places like the Netherlands, Australia, and Olympia, Washington, USA when she was a child. She is an American as per her nationality and as far as her ethnicity is concerned, the actress is a White American.

Deutscher finished her high school education from a local school in Bozeman. During her childhood days, she was interested in sports and used to be a good basketball player in her school too.

After suffering from a serious injury, her dream of making a career in basketball was almost over, and that’s when she decided to take acting seriously. Later, Deutscher went to the University of Southern California (USC). She trained in Taekwondo as well.

Danielle Deutscher began her career as a model in Japan. She then took theater classes in order to pursue her career in acting. At that time, Deutscher worked in plays, The Crucible,  Shakespeare’s Midnight Summer Night’s Dream, and Our Town.

In 1995, she starred in a spy thriller drama, Drifting School as Caroline. The same year, she grabbed her first leading role of Julie Connor in an American teen sitcom, Hang Time, starring Megan Parlen, Chad Gabriel, Hillary Tuck, Anthony Anderson, and others.

Deutscher also appeared in an episode of 1999 TV series Malibu, CA as Jocelyn. In 2011, she made her big-screen debut in Drama/Action movie, Special Forces portraying the character of Wendy. Her acting in the movie was well appreciated by audiences and critics.

In 2005, she acted in the NBC TV series, Las Vegas. The next year, she played in TV shorts, Aquaman as Atlanna. The series was the most downloaded television show on iTunes at the time and it received positive feedback from the audience.

Moreover, Deutscher also made her appearance in the hit soap opera series, The Bold and the Beautiful. She cast alongside Darin Brooks, Kimberlin Brown, Ashleigh Brewer, Patrika Darbo.

Daniella Deutscher’s Net Worth And Major Source Of Income

Danielle Deutscher's net worth is not estimated as of yet. She earns a decent amount from her career as an actor, but the exact amount has not revealed yet. As per the sources, the average salary of a TV actor is $75k to $80k in the USA. She previously modeled in Japan for many big brands and companies.

On the other side, Deutscher’s husband Jay Hernandez has a net worth of $4 million, as per celebrity net worth, in 2019. The actor mainly racked up such a decent amount of money from his work in movies and TV shows.

In 2019, the actor played the role in a movie Toy Story 4 that grossed $1.073 billion worldwide. After having a part of such a blockbuster movie, Jay obviously received a good payment. The movie starred Tom Hanks, Tim Allen, and more.

Danielle currently resides in her house located in Los Angeles, California with her spouse Jay. There is little known about their house financial detail but the average value of the mansion in LA is around $880k.

Danielle Deutscher has been in a marital relationship with actor Jay Hernandez since 2006. The couple first met at the set of Hang Time, and after some period of time, they began dating.

They tied the knot in 2006 at an intimate ceremony. Her husband Hernandez Jr. is an American actor who made his debut in NBC's TV series, Hang Time. He has also starred in popular movies including Friday Night Lights, Bad Moms, Hostel, and Suicide Squad.

Deutscher and her spouse Hernandez have no children yet but according to some online sources, they are planning to have kids. The two currently reside in Los Angeles, California.

Besides, Deutscher loves horse riding and spends her spare time playing basketball and racquetball. She is also a well-trained Taekwondo player.

Deutscher lived in Holland and Australia before she moved to Los Angeles, U.S. with her husband, Hernandez.

Here is the short biography of Danielle Deutscher.