Dancing With The Stars Participant Barbara Corcoran's Married Life to Bill Higgins- Details About Their Children, and Love-Life 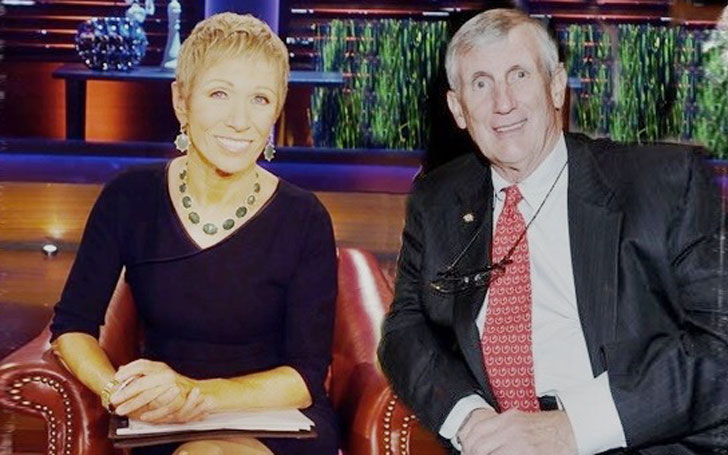 Barbara Corcoran who is in her late 60s became one of the participants on 2017 Dancing With The Stars (2005-2017), she was sent home in September last week's episode of the show.

Corcoran is a famous businesswoman, with a story of rags to riches she is known for her quirky and unconventional statements as well. Like the time she said she got a headstart in business only because she was sexy. “I would have never gotten the $1000 to start my business if I wasn’t sexy “, is what she had to say!

Another thing that is significant to Corcoran is her relationship with Bills Higgins, let's get into the life of this married couple!

Barabara has not only have a great career in business but is also lucky when it comes to her love life, the sexy real estate tycoon who turned US$1000  to US$5 million is currently living happily with her second husband Bill Higgins.

This adorable couple reportedly met on the job back in the 1980s when the former FBI agent and retired Navy captain Bill Higgins was also in real estates. Bill Higgins and Barabara Corcoran posing for a picture together

It is believed that they challenged each other for getting best publicity and winning the most advertising trophies. Later, when their flirty competition melted into love the couple got married in 1988.

The couple has been together now for 29 years and it looks like there is no end to this.

I do think when the wife is a higher income-earner and has more [public] visibility that it can be debilitating to a relationship,‘It can affect the person’s ego. I’m proud of my wife: And I’m proud to call myself her spouse.

Their married-love life and it does seem like going smoothly. What about their children? Do they have one? What do you think?

Do Barbara Corcoran and Bill Higgins Have Children?

The couple has two children together. They have a daughter and a son together. Barbara Corcoran explained in The New York Times how she got two children, one through the adoption and the other through in vitro fertilization.

Having early breakfast in Central Park on the big rock. pic.twitter.com/fVIqn8R9hz

She explained that the whole process of adopting her daughter  Katie cost her around $62,000. And, It cost her $84,000 for vitro fertilization. Children are worth it though, such bundles of joy, aren't they?