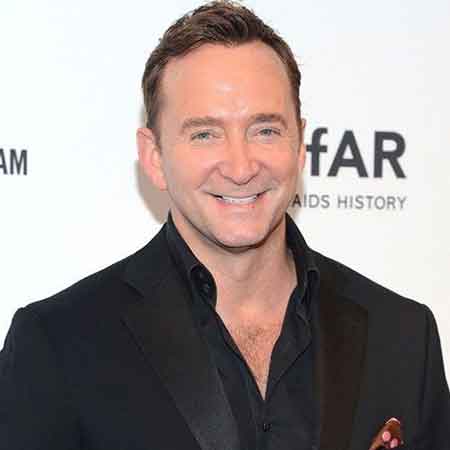 Damon Bayles is one of the well-established psychologists and consultants in New York. He is a licensed clinical psychologist who specialized in the treatment of depression and anxiety, relationship and interpersonal difficulties.

Bayles is openly gay. He rose to fame after getting married to an Emmy Award-winning television host, Clinton Kelly.

Damon Bayles was born in 1969 in the United States of America. He has not disclosed anything about his parents and siblings.

He is of American nationality and belongs to white ethnicity. Regarding his education, he attended Brown University and completed his master's degree in English Literature from the same University in the year 2000.

LAter in 2012, he studied clinical psychology at the Ferkauf Graduate School of Psychology of Yeshiva University. As an intern, he served in various institutes.

At the same time as an extern, he served for New York Foundling Hospital, St. Lukes-Roosevelt Hospital and the Addiction Institute of New York.

Damon Bayles is a clinical psychologist in New York. He helps people dealing with psychological problems such as depression, panic attacks, anxiety, interpersonal and relationship problems, gender identity and expression, addiction, and health Psychology that mainly focuses on HIV/AIDS.

Must Read:- How to Know You Are in Depression

He works with his clients in a collaborative, empathic, and mindful way which brings him closer to his patients and helps to cure them in a more friendly way.

I approach working with my clients through traditional psychodynamic methods and utilize techniques from Cognitive Behavioral Therapy and Systems-Centered Therapy for couples and groups. In addition to working privately, I provide seminars for Equinox Health Clubs and their Tier X coaching program on health psychology, mindfulness and facilitating behavior change.

Furthermore, he has been lecturing exclusively on the neurology of psychopathology, stress, neuroplasticity, and behavior change-facilitation at the Equinox Fitness Training Institute.

Bayles is one of the skilled psychologists and consultants, thus it is sure that he has earned a good sum of money from his job. However, he has never revealed the exact figure for his salary and net worth.

On the other hand, his husband Clinton Kelly has an estimated net worth of $4 million, according to the Celebrity Net Worth website.

As per HGTV,   Bayles and his husband Kelly bought an apartment for weekend getaways in Miami in 2013. They also own a luxurious home in Connecticut.

Damon Bayles is openly gay and he is a married man. He tied the knot with an Emmy Award-winning television host, Clinton Kelly, who is best known for hosting What Not to Wear,  in 2009.

The couple first met in 2007 and started dating in June of that year. After staying in a relationship for almost two years, they exchanged wedding vows, at their home in Connecticut.

As per the report, the pair shares a blissful marital relationship and is very much in love. They do not have a child yet but they are raising an adorable rescue dog named Mary together. The spouses often feature Marry in their Instagram posts.