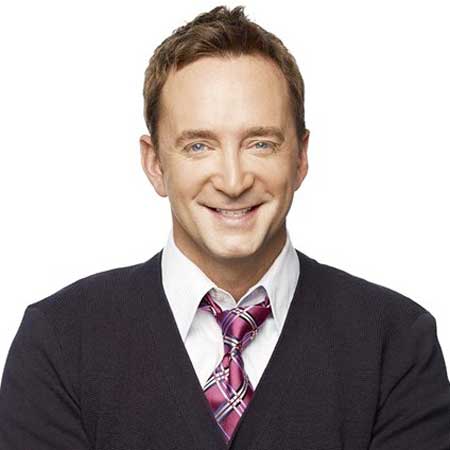 Clinton Kelly is an American fashion consultant and media personality best known for hosting What Not to Wear, a reality program that featured fashion makeovers. Kelly was previously featured in ABC's daytime cooking show The Chew.

Clinton Kelly was born on February 22, 1969, in Panama City, Panama who is an American fashion consultant and media personality best known for his role as co-host on What Not to Wear, a reality program that featured fashion makeovers.

Clinton was raised in Port Jefferson Station, Long Island, New York. Kelly was executive editor at DNR, a menswear magazine; deputy editor of Mademoiselle, where he penned an advice column under the pseudonym Joe L’Amour; and a contributing editor to Marie Claire.

Kelly shared on-air duties with Stacy London; Kelly started his career as a freelance writer for several fashion magazines. Although he still continues to write, he has since expanded into fashion consulting and designing. In 2011, Kelly joined the cast of ABC’s daytime cooking show The Chew.

Clinton is also no stranger to television. During the mid-90s, he hosted a program on QVC, catapulting him as one of the network’s most noted hosts. He graduated from Comsewogue High School in 1987.

He attended Boston College and graduated with a degree in communications in 1991; he was president of Boston College’s University Chorale. After college, he attained his master’s degree in journalism, specializing in magazine publishing, from the Medill School of Journalism at Northwestern University in 1993.

Clinton Kelly’s career started in 1993. While working as an editor for Daily News-Record, Kelly was approached by the producers from What Not to Wear, TLC’s hit fashion show.

He and co-star Stacy London have appeared in more than 250 stellar episodes, and fans will surely miss the duo when the series finale hits television screens across America at the end of this next season. Kelly is also a co-host of the popular talk show The Chew.

Thanks to their television success and past writing and journalism experience, Clinton Kelly and Stacy London were able to co-author a book in 2005. Kelly went on to write two additional books, in 2008 and 2010. He still contributes to The Chicago Tribute on a weekly basis and launched his own QVC clothing line back in 2008.

He’s made physical appearances on shows like The Tyra Banks Show, The CBS Early Show. He’s been the subject of a myriad of written interviews and takes on private fashion clients as well. He collaborated with Mario Lopez on Miss America: Countdown to the Crown, a TLC reality series.

Clinton Kelly's net worth is $4 million at present. Clinton is the co-host on the wildly popular TLC show What Not to Wear, where he helps a poor fashion victim spend $5000 on a new wardrobe.

Another important source of Kelly’s income is his work on television. He is most famous as a co-host of the reality television show What Not To Wear.

Clinton is the co-host on the wildly popular TLC show What Not to Wear, where he helps a poor fashion victim spend $5000 on a new wardrobe.

Clinton Kelly is the Emmy Award-winning co-host of ABC’s daytime hit The Chew. He also co-hosted What Not to Wear, TLC’s longest-running prime-time reality show for a decade. Further additional information about Kelly can be obtained from Wikipedia.

Clinton Kelly’s private life is relatively quiet. Kelly, who is openly gay, bases his fashion advice on sound practice and choice and has avoided the stereotypical & gay fashion label. In 2009, he married Damon Bayles and he and his spouse currently live in Connecticut.

There is no news about divorce and children available with any of the sources. It seems like there is no record of his affairs and romances with any women till now.

Fashion Consultant media personality What Not to Wear