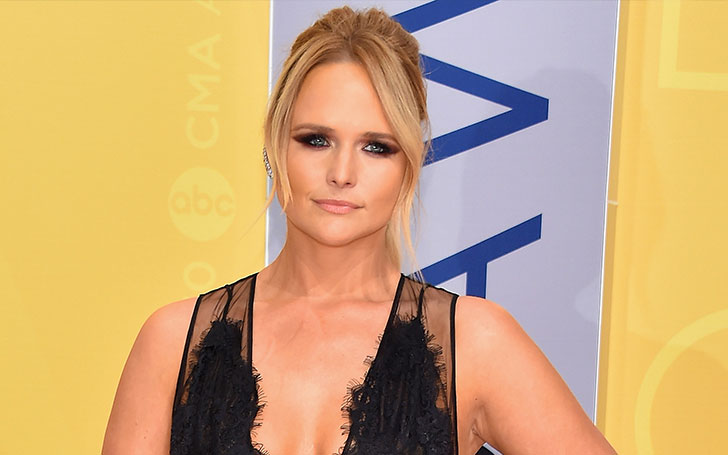 Country legend Miranda Lambert is an icon in the industry and she is globally admired for her musical talents. Although she is a famous singer and songwriter she is also frequently in the spotlight for numerous incidents in her relationships. Recently in February 2019, she got secretly married to an NYPD officer and announced her marriage via a post on Twitter.

Lambert is famous all around the world but her husband is not all that well known. She left all her fans confused and shocked after she announced her marriage. Keep on reading to know some interesting facts about the megastar’s new hubby.

He Is A Uniformed Officer Working In The NYPD

She married a man named Brendan Mcloughlin who is an officer in the NYPD. He is currently in the Midtown South Precinct where he serves the city in his blue uniform. His K-9 partner, Kylo also helps him in fighting crime and maintaining order in the city.

CAPTION: An image of Miranda and her husband Brendan. SOURCE: People

Although his rank in New York’s Finest is not yet revealed we can see from his badge that he is a patrol officer. This means that he is responsible for maintaining order, responding to emergencies, protecting people and property among various other tasks.

Mcloughlin Is A Runner

Police officers need to be healthy and fit, Mcloughlin is no exception. He constantly works out and runs to maintain his fitness.

To add to this he is also a competitive runner and won the Keith Ferguson Memorial 5k Brooklyn Bridge Run. He came in first in the completion and was congratulated by his friends and colleagues on Twitter.

The Officer Is A Former Model

Before McLoughlin became an officer he tried his hand at modeling and created a profile on Model Mayhem, which is a site used by models to communicate as well as find jobs. His profile, which was last updated in 2011 contains details about his body measurements and skills.

“My name is Brendan McLoughlin. I am 19 years old and live in New York. I am on this site to build my portfolio,”

Well, it seems like his modeling career did not take off but as they say, all is well that ends well and he ended up getting married to the woman he loves, could there be a better ending.

In November 2018 McLoughlin welcomed a baby which makes him the father of a 3-month-old as of February 2019. McLoughlin whose wife was married to Blake Shelton, she even wrote a sad song after their divorce about her imperfections, in the past is not the mother of the child though as the baby was born from a previous relationship.

Although this news is yet to be officially confirmed, multiple sources including social media include comments about the baby. Some people also expressed their dislike towards McLoughlin for marrying Lambert so soon after his baby was born.