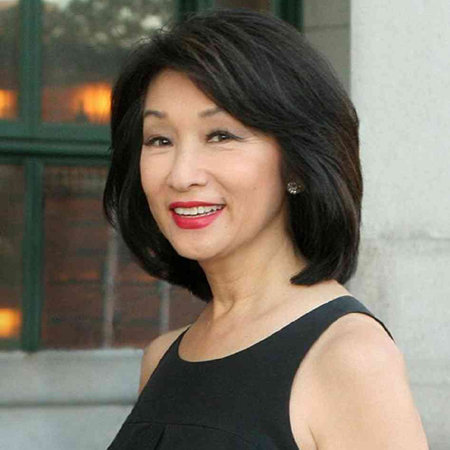 A very talented, experienced and reputed news presenter, reporter and journalist, Connie Chung, has been active in the broadcast journalism since 1972. She has worked for the different news channels and has been serving as an anchor and reporter for the news channels like CBS, ABC, NBC, CNN, and MSNBC. She gained her fame through several interviews she took of the celebrities.

Further, she was also popular for her coverage of the then happening affairs and issues including the Claus von Bulow and US Representative Gary Condit interview which she took just after the disappearance of Chandra Levy, the interview of basketball legend “Magic” Johnson, after he went public about having infected with HIV.

Connie Chung was born youngest of the five children of parents William Ling Chung and Margaret Ma in Washington D.C. on August 20, 1946. She was born in less than a year since her parents immigrated to the United States from China with her four siblings. By the time of migration, Chung's father was serving as an intelligence officer in the Chinese Nationalist Government. 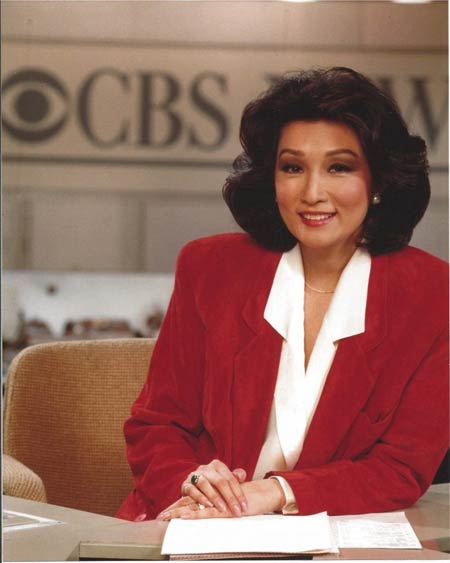 She attended Montgomery Blair High School and received a degree in journalism from the University of Maryland, College Park in 1969. After her graduation, she began pursuing her career in the journalism.

Connie Chung has Chinese ancestry and is an American as per her nationality.

Connie Chung started her career as a correspondent for the Washington D.C based news station CBS for its show CBS Evening News with Walter Cronkite in the early 70s. After spending a few years there, she moved to the Los Angeles owned and operated news station of CBS, KNXT,(now known as KCBS), where she served as an anchor for the CBS Newsbriefs.

After some years at KNXT, she moved to work at NBC network and again later joined at CBS. She then became the second woman to co-anchor a major network’s national news broadcast.

After few years at CBS, she moved to ABC News co-hosting the Monday edition of 20/20 with Charles Gibson. Later, she began to host the independent interviews, and that made her popular.

Her interviews are considered to be largely gentle in spite of the rapid-fire barrage of the sharp questions. Celebrities with scandals and controversy used her interviews to maintain public relations move overcoming the issues.

Connie has also worked for CNN hosting her show Connie Chung Tonight for the brief time. Later, in mid-2000, she joined at MSNBC and had been working there.

She is an experienced journalist and a center of motivation and inspiration to lots of female journalists who are seeking their career in the journalism.

Besides her glorious career in journalism, she is also an experienced teacher who accepted a teaching fellowship at the John F. Kennedy School of Government at the Harvard University. While she was at Harvard, she had written a discussion paper titled The Business of Getting "The Get": Nailing an Exclusive Interview in Prime Time.

Despite the gentleness and positive critics on her interviews way, she has been pulled into controversies like in the interview of Kathleen Gingrich, mother of Republican politician Newt Gingrich.

In the interview, she had asked her what her son think of First Lady Hillary Clinton and asked to whisper that in her ear, and the reply was supposed to be off the air, but it did not go off the air.

Also, she was pulled into controversy for the interview of tennis legend Martina Navratilova and in the interview with a fireman during the rescue efforts at the Oklahoma City Bombing.

Connie Chung, no wonder has a lot of admirers for her hard work and talent. She set an example to move on and work harder even after coming in the controversies with lots of negative critics. Connie has a very good salary pay and a very high net worth.

According to  Paysa.com, an MSNBC news anchor's average annual salary is around $151, 419 so, it is sure enough that the news anchor also receives the salary in the same range.

According to The Richest, the anchor earned a staggering $2 million in a single year in 2002 where her major earning were from her show Connie Chung Tonight on CNN.

As per Celebrity net worth, Connie Chung's net worth is estimated to be around $15 million as of late 2017.

The famous journalist and news anchor, Connie Chung is married to  Maury Povich, a talk show host since 1984. They first met while working in the news department at WTTG-TV in Washington and they dated for a few years before they got married on December 2, 1984.

It was Chung's husband Povich's second marriage. Previously, he was in a long-term marital relationship with his first wife Phyllis Minkoff. He also has two children, daughters, Susan Anne and Amy Joyce Povich, with his first wife Minkoff before he divorced her in 1979. 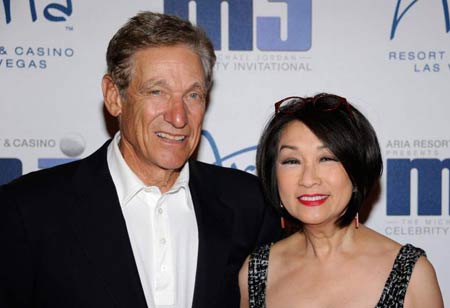 In the early 90s, she announced that she was reducing her work pressure in the hopes of getting pregnant. However, the couple didn't have a child together, but adopted a son, Matthew Jay Povich on June 20, 1995, named Matthew Jay Povich. He attended Allen-Stevenson School and Riverdale Country School.

In April 2018, Chung and her husband went to the talk show Megyn Kelly Today hosted by Megyn Kelly to share their personal and professional life. Here is the video of their conversation, enjoy it!!