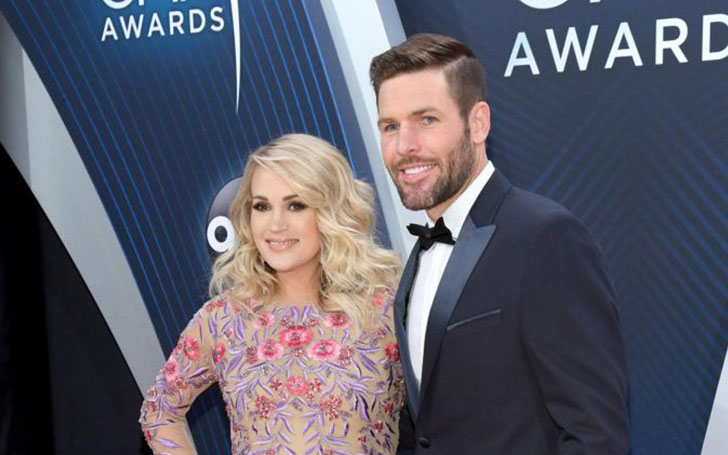 The superstar country singer Carrie Underwood and her husband Mike Fisher overtook the social platform after her announcement of the newly arrived member on Monday, 21 January 2019. She wrote:

Jacob Bryan Fisher entered the world in the wee hours of the morning on Monday…his mom, dad and big brother couldn’t be happier for God to trust them with taking care of this little miracle! Our hearts are full, our eyes are tired and our lives are forever changed. Life is good… 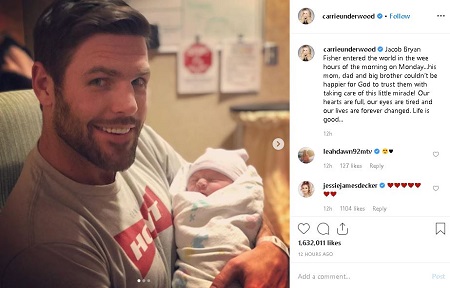 Jacob Bryan Fisher is the power couple's second child after Isaiah who is just 3 years old. Isaiah is also thrilled to have a brother. 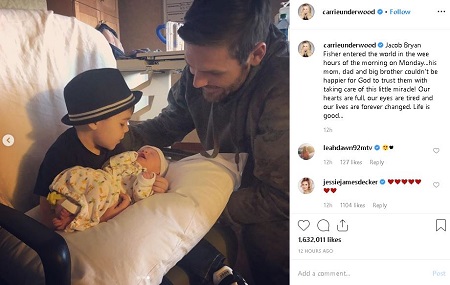 Via Instagram, the couple announced that they were expecting a second child in August 2018.

In the Instagram video, she shared about her Cry Pretty 360 Tour in May 2019. With the news of the tour, she confirmed the pregnancy and said:

"You might be wondering or asking, 'Carrie, why is your tour starting in May?' Well...yay! Mike and Isaiah and I are absolute over the moon and excited to be adding a little fish to our pond."

Further, she added with the camera focused out from her face and zoomed at the balloons that spelled out B-A-B-Y:

This has been a dream come true with the album and baby news and all that stuff," Underwood continued. "We are just so excited and just so glad that you guys can share in this with us and be a part of this with us. I love you guys. We'll see you on the road in 2019. Have a great day!

Moreover, in November, Underwood co-hosted the 52nd Annual CMA Awards alongside Brad Paisley where she revealed that she was expecting a baby boy.

The following month after her pregnancy, she shared the heart throbbing news that previously she had three miscarriages before her current pregnancy.

Cause I would literally have these horrible things going on in my life, and then have to go smile and, like, do some interviews or, like, do a photo shoot or something, you know? So it was just kind of, like, therapeutic, I guess.

Carrie and Mike married in July 2010 in a grand ceremony at The Ritz-Carlton Lodge in Greensboro, Georgia.