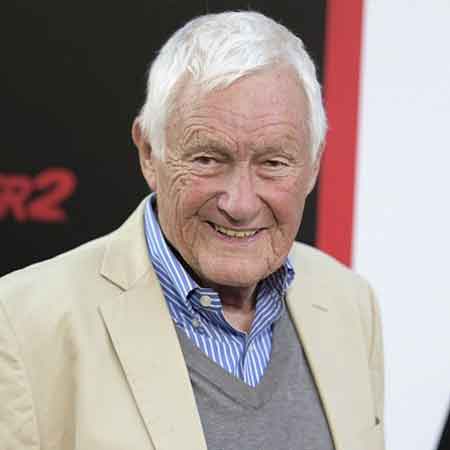 Orson Bean is a veteran movie actor and comedian who has been working as an actor for more than 60 years. A man of many talents, Bean also served in the U.S Army and learned magic tricks off-duty. He has acted in films, T.V shows, and stage productions as well. He is a veteran of both war and the show business.

Orson Bean was born Dallas Frederick Burrows on July 22, 1928, in the beautiful city of Burlington, Vermont, United States.  He is a son of father George Frederick Burrows and mother Marian Ainsworth who is Polish. He holds an American nationality and belongs to the mixed ethnicity as his mother belongs to Polish descent.

His father was one of the founding members of the American Civil Liberties Union. Calvin Coolidge, the former President of America is a relative of Orson Bean.

He graduated from the Cambridge Rindge and Latin School. He served in the U.S Army in Japan after World War II from 1946 to 1947.

Orson Bean started his career as a stage performer after his service in the Army ended. He utilized his off-time learning magic tricks that he later performed on stage. He slowly transitioned as a stand-up comedian. He slowly started performing in venues where he would be introduced with a different funny name each night by a piano player. He adopted his stage name Orson Bean following the name received a huge positive response from the audience. He was booked by a local theatrical booking agent.

CAPTION: Orson Bean posing at the red carpet for an event. SOURCE:

In 1952, Orson made a guest appearance on NBC Radio's weekly hot-jazz series The Chamber Music Society of Lower Basin Street. His mannerisms and talking style fit the mock-serious tone of the show and he was made the master of ceremonies for its final season.  He was also a frequent guest on The Tonight Show host by Johnny Carson and Jack Parr. The popular NBC show is currently being hosted by Jimmy Fallon. After that, he worked in many television series.

He appeared in cameo roles in television series including Two and a Half Men, How I Met Your Mother (HIMYM), Desperate Housewives, and Modern Family.  He played an old playboy in Two and a Half Men sharing the screen with real-life playboy Charlie Sheen and worked alongside Neil Patrick Harris in HIMYM. Lately, Bean worked on an action movie, The Equalizer 2 alongside the actors Denzel Washington, Pedro Pascal, Melissa Leo among others.

He has worked on serval movies and TV shows which have helped him to earn a huge amount. Here is the list of his movies box office earning which has to gather huge amounts.

Bean's staggering net worth also includes a beautiful house in Venice Beach, California which he owns with his wife. As per some sources, in the Venice Beach area, a house costs $1,886,100 in average.

Orson Bean has been married 3 times in his life. He got married to Jacqueline de Sibour in 1956. She was known by the stage name Rain Winslow and was the daughter of the French nobleman and pilot Vicomte Jacques de Sibour and his wife, Violette B. Selfridge. The couple gave birth to a child Michele Bean before they divorced in 1962.

After this, he married a fashion designer, Carolyn Maxwell in 1965. He welcomed 3 children with his wife Maxwell; Max Burrows, Susannah Burrows, and Ezekiel Burrows. His second marriage didn't work for him as well and he got divorced in 1981.

After his second unsuccessful marriage,  he tied the knot with Alley Mills, who is 23 years his junior in 1993. Orson Bean doesn't have any child with his third wife, Mills and living a happy married life in Los Angeles, Calif.