Comedian and Ghostbuster star, Leslie Jones is forced to leave Twitter. What may be the reason? 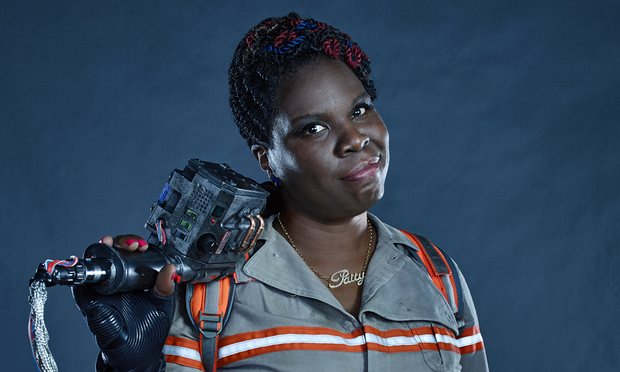 Comedian and Ghostbusters star, Leslie Jones is forced to leave Twitter.What may be the reason?

Leslie Jones, an American comedian and actress and was born in Memphis, Tennessee on September 7, 1967. Leslie, a star in a movie ghostbuster has become the latest victim in Twitter; she is struggling to control the abusive speech of racism towards her. On Monday evening, in a stream of the tweet, she addressed the abusive speech. She had made a strong statement on leaving twitter.

I leave Twitter tonight with tears and a very sad heart.All this cause I did a movie.You can hate the movie but the shit I got today...wrong

After she spoke up about the attack of abusive speech, many other celebrities came out to support her.  Jones said that she is considering quitting social media site when first she began targeting by these abusive racist speeches in social media but she was entreated to stay by the Paul Feig, director of the movie “Ghostbusters.”

The spokesperson of the twitter said,” This type of abusive behavior is not permitted on twitter, and we have taken action on many of the account reported to us by both Leslie and the others”.

Jones still deserves a huge applaud for being brave enough to handle this type of abusive racist speech.  It is an unacceptable nature of the human to support the violence and attack or threatened other normal people and celebrities on the basis of race, gender, national origin, religious affiliation, and age. This type of activities is totally intolerable in this 21st century.

Ghostbusters is an American supernatural comedy directed by Paul Feig and reboot of Ghostbusters franchise. The movie starred Melissa McCarthy, Kristen Wiig, and Kate McKinnon, among others. The film premiered at the TCL Chinese Theatre in Los Angeles. It was theatrically released on July 15.

Her Married Life and Net Worth

She is not married and her current status is single. Her estimated net worth is around $1.8 million. Information about Her property, house and cars is not specified yet in any source.