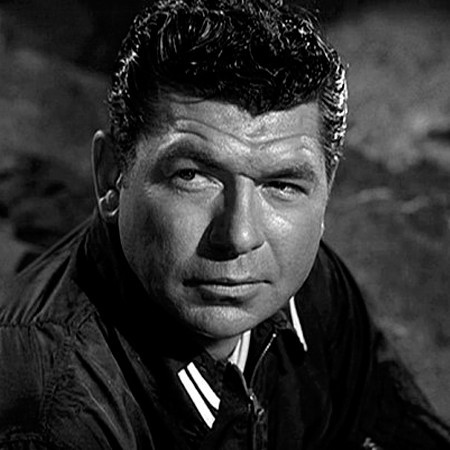 The legendary actor Claude Marion Akins was known for his strong roles on television and on films. His most notable role has to be as Sheriff Lobo in the television series of the 1970’s B’J and the Bear and its spinoff.

He graduated after the war from Northwestern University with a major degree in speech and theater. He also became a member of the Lambda Chi Alpha fraternity. At the age of 5, he performed in a church where he played a bird.

Claude’s film career started with him appearing in the 1953 film From Here to Eternity. He also appeared in The Caine Mutiny and starred as Joe Burdette in Rio Bravo. Other notable roles of that time includes acting in Merrill’s Marauders as Sgt Kolowicz, as Rocky on The Devil’s Brigade, as Jeremiah on Inherit the Wind, as Ben Lane in Comanche Station, as Seely Jones on A Distant Trumpet, Aldo on Battle for the Planet of the Apes, etc. other television roles include acting in The Sea Chase, Return of the Seven, Seasons of the Heart, etc.

Akins’s television career is more prominent than his film career as he was cast on a number of television roles. The Adventures of Superman, I Love Lucy, Frontier, My Friend Flicka, Boots and Saddles, The Restless Gun, Northwest Passage, Overland Trial, The Tall Man, The Legend of Jesse James, Gunsmoke, Bonanza, Death Valley Days, Wagon Riverboat, as Jarret Sutton on Escape to Memphis, as Sheriff Jim Dark in Laramie, as Cord in Gunslinger, etc.

He guest-starred on shows like Combat, The Twilight Zone, City Detective, Police Story, The Roaring 20’s to name a few. Other appearances include acting in Dan Raven, Perry Mason, The Lucy Show, Mr. Novak, The Big Valley, Movin’ On, Nashville 99, etc.

His most notable role on television was as Sheriff Elroy P. Lobo on the show B.J. and the Bear. His role was so impressive that a spinoff of the show was created in his name. He also appeared on the 1984 series The Master and also took part in several TV commercials like Rollins Truck Leasing, PoliGrip, and AAMCO Transmissions, etc. His last TV role was as a kidnapper in the movie In the Heat of the Night.

As per celebrity net worth, he had a net worth of $ 2million.  He would certainly have risen if he would have continued taking part in movies and television shows. His biography and other details can be searched on various sites like a wiki.

This personality and legendary actor suffered from cancer and died due to it on January 27, 1994, at Altadena, California. He was married to Therese Fairfield-Akins on 25th August 1952. Together, this couple had three children.

Claude Marion Jr.,  Wendy Akins, and Michele Akins were their children. His death at the age of 68 was a blow to the entertainment industry. He died on January 27, 1994, after suffering from cancer in Altadena, California, USA. His memorials have been created and erected all around the world ranging from golf tournaments to scholarships.

You May Be interested in Charles Hirsch, Vladimir Putin, Bernie Ecclestone, Jerry Lewis, and Lyle Waggoner.