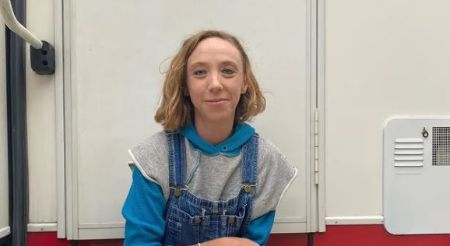 McNulty made her feature film debut through Fort Tilden in 2014 and also had some stints as a producer in Priceless Things (2011, short-film) and We Used to Know Each Other (2019).

When and Where Was Clare McNulty Born?

McNulty was born in New York City, New York, the United States. Her birthday falls on October 16 but is yet to revealed her actual birth year. Allegedly, she is in her 30s as of March 2022. Clare stands 5 feet 3 inches or 160 cm tall.

The Oberlin College graduate went to RADA Summer School to pursue her acting interest, which would kick start her on-screen venture in the future. Moreover, she trained at the Berkely Rep School Of Theaters to sharpen her acting approach.

After some theatre works, Clare made her on-screen debut in 2010; worked in short-films Blood Magic, We Both Smoke, and Very Sorry. For nearly 4 years, she was off from the TV before her comeback from the 2014 comedy-film Fort Tilden co-starring Bridey Elliott, Neil Casey, Alysia Reiner, and Reggie Watts. The same year, the actress made a guest appearance in the series High Maintenance (2014).

In 2016, McNulty got her career breakthrough after portraying Chantal Witherbottom in the TV series Search Party; there she worked in 22 episodes until 2021 alongside Meredith Hagner, John Reynolds, John Early, and Alia Shawkat. 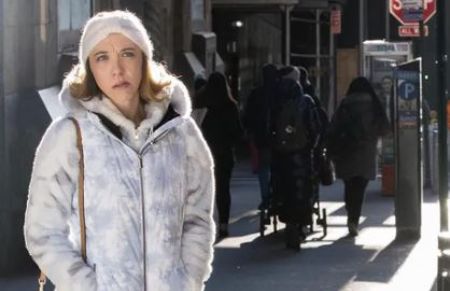 Aside from the TV career, some of her stage stints include Our Town, Powerhouse, Big Love, Top Girls, Wrinkle in Time, and Dancing at Lughnasa.

As of March 2021, Clare McNulty had an estimated net worth of $100,000. Along with her more pojects and contracts, her fortune has probably increased as 2022. The majority of her income came through acting- through on-screen and theatre productions.

Notably, McNulty worked in Search Party that allegedly grabbed her the payroll of tens of thousand dollars per episode. On average, an actor in the United States can sum up to $57,000-a-year, but depending on the fame & acting skills, it could go higher.

Who Is Clare McNulty Dating?

McNulty prefers to keep her personal life low-key and turns stone when it comes to talks on her love life. So far, in a course of a decade in the TV industry, Clare is not reported to be dating anyone or has any records of a boyfriend. She is free from the records of past relationships as well.

While the official confirmation on her relationship status is yet to be out, the Search Party actress is a s sumed to be single currently. On her Instagram (@ccmcnulty) with 3,278 followers as of March 2022. She often shares pictures of adorable glimpses of mother nature.

Along with promoting her movies and television series, McNulty has wisely used her social medias for other purposes as well. She takes the help of her Instagram to promote several brands and companies, products, and services.