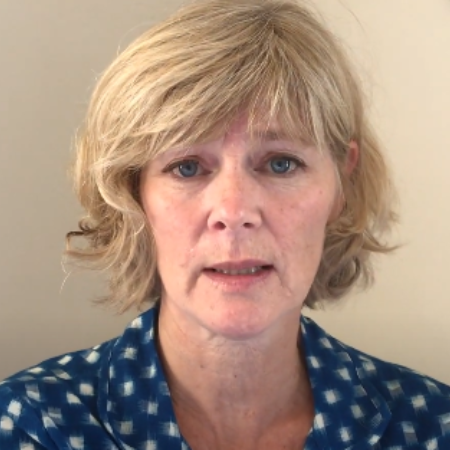 Clare Holman is an English actress and director who is best known for her portrayal of Dr. Laura Hobson in the crime drama TV series Inspector Morse and its spin-off Lewis. Debuting in 1988, she has also notable roles in television series like Midsomer Murders, The Little Drummer Girl, and MotherFatherSon. As of her film credits, the actress starred in The Woman in Black, Let Him Have It, and Blood Diamond.

Clare Holman was born Clare Margaret Holman on Janaury 12, 1964, in London, England, United Kingdom. As of writing this article, she is 57 years old.

She holds English nationality and possesses white ethnicity. She has a height of 5 feet 2 inches or 1.57 meters. She is an educator at the Guildhall School of Music and Drama.

Net Worth In 2021: Career And Earning Details

The 57-year-old actress holds an estimated net worth of $1.1 million as of July 2021. She mostly adds a fair payment from her work in the entertainment industry.

Her exact salary is not available. But, the average number of actor's pay in the United Kingdom is £27,300 per year or £14 per hour. So she might be earning in a similar or above range.

In 1990, she appeared in the TV series Screen Two. The next year, she starred as Iris Bentley in the feature film Let Him Have It.

From 1995-2000, the actress played Dr. Laura Hobson in the crime drama TV series Inspector Morse. Some of her TV series include Frontiers, The Lakes, and Silent Witness.

Holman was cast as Fiona Beauvoisin / Rose Southerly in the crime drama series Midsomer Murders from 2002-2019. She appeared in the action-drama film Blood Diamond in 2006.

She reprised the role of Dr. Laura Hobson in Inspector Morse's spin-off Lewis from 2006-2015. She also guests appeared in TV series such as The Crown, Scott & Bailey, and Heartbeat.

In 2018, she was cast as Miss Bach in the BBC One drama series The Little Drummer Girl alongside Michael Shannon, Florence Pugh, Simona Brown, and Charles Dance.

Death Of Her Husband - Marriage Details And Children

'The Little Drummer Girl' actress was married to late theatre and television director Howard Davies. They tied the knot in April 2005 in Stratton, Cornwall and were together until death tore them apart. Sadly, her husband pa s sed away on 25 October 2016 due to oesophageal cancer at 71. 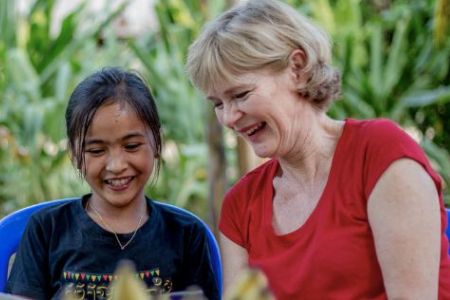 Moreover, she is a stepmother of two daughters, Hannah Clare (a journalist) and Katharine Sian, from her husband's previous marriage with Susan Wall. She, however, does not have a child of her own.