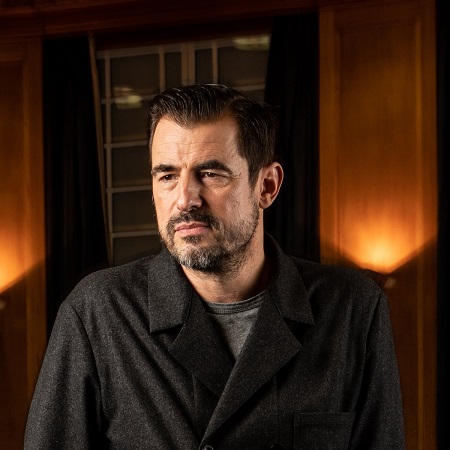 Danish actor and musician Claes Bang is widely known for appearing as Christian in the 2017 movie, The Square. The 53 years old actor is also famous for appearing in the television series like Taxa, Anna Phil, The Bridge, Borgen, Dicte, Cologne P.D., The Affair, Dracula, among others.

What Is Claes’s Full Name?

Claes was born Claes Kasper Bang on 28th April 1967, in Odense, Denmark. His nationality is Danish, whereas ethnicity is not known.

The actor did not reveal the name of his parents; however, they divorced, and she lived with his father. He studied at the Danish National School of Theatre.

While participating in the musical, Hair, during his third year at the high school, Claes grew interest on acting. He started acting career in 1996, whereas he began a musical career in 2008.

Claes first made acting debut in 1996, appearing in the television series, Taxa. He made movie debut in 1998, portraying the character of Politibetjent in the film On Our Own.

Claes appeared in the movies like Jungle Child, The Square, Take the Trash, The Gla s s Room, A Soap, Nynne, The Bay Of Silence, The Burnt Orange Heresy, The Last Vermeer, The Girl in the Spider’s Web, among others.

Claes started a musical career in 2008, releasing the single, Don’t Come Crying. His other singles are Shameless, Run, Jealousy, Virgin Mary, Care, Imaginary, They Say It’s Wrong, Here We Go, Don’t Come Crying, Butterflies in December, and so on.

He has released the album, Dislocated in 2010, and EP like EP1, Keep on Dancin’, Butterflies in December, No Song Left Unsung, Here We Go, and many others.

Though the 53 years old actor has openly discussed his professional journey, he is yet to open up about his net worth, salary, and earnings.

However, some gossip mongers reported that Claes Bang’s net worth is estimated to be around $2 million. His annual salary as an actor is $150 thousand. Besides this, his source of income is his musical career, albums, songs, and theatre works.

Is A Married Man

Talking about Claes’s current relationship status, he is a married man. He is married to photographer Lis Louis-Jensen. The duo first met back in 2006 while working on Den gronne elevator. Soon later, they started dating and got engaged on New Year’s Eve 2007.

Claes and Lis tied the knot on 25th September 2010, on a canal boat in Copenhagen. Though the pair is yet to welcome children of their own, he is the stepfather to Lis’s two children, Sarah and Bella. He is also the step-grandfather to Sarah’s two kids.

As of now, the couple resides in Fredriksberg, Copenhagen.