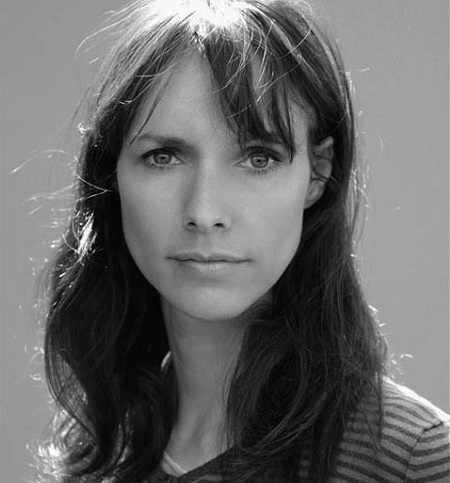 Dolly Wells is a famous British actress and writer who grabbed considerable attention for appearing in the television series like Star Stories, Some Girls, Blunt Talk, Dracula, among others. The 48 years old has co-written and appeared in series, Doll & Em. Likewise, she even directed and wrote comedy-drama, Good Posture.

Dolly was born Dorothy Perpetua Wells on 5th December 1971 in London, England. The 48 years old actress was born to late John Wells, who is a comic actor.

The name of her mother is Teresa Chancellor, daughter of Sir Christopher Chancellor. Did you know Dolly was not aware that he was her biological father? Actress Anna Chancellor is her first cousin.

Who Is Dolly Wells’ Husband?

The 48 years old actor is married to Mischa Richter, who is a photographer. The duo, after dating for a while, got married in 2000. They exchanged wedding vows in a private wedding ceremony.

Two years after marriage, Dolly gave birth to their first child, daughter Elsie. In 2005, the pair welcomed their second child, son Ezra. Both of her kids acted in Doll & Em.

Dolly has been working in the entertainment industry for over two decades now. It’s true that she has not revealed the exact figure of her net worth; however, some gossip mongers reported that she is a millionaire.

As of 2020, Dolly Wells’s net worth is estimated to be around $1 million. She earns a decent salary from an acting and writing career.

As mentioned above, Dolly started acting career in 1997, portraying the character of Janet James in the television series, The Bill. In the following year, he appeared in television series Dinnerladies and Midsomer Murders. He also made big-screen debut acting in the movie, The Sea Change.

Dolly appeared in the movies like Bridget Jones’s Diary, I Capture the Castle, Morvern Callar, Franklyn, Benny & Jolene, 45 Years, Mr. Right, Pride and Prejudice and Zombies, Furlough, Home Again, Boundaries, Can You Ever Forgive Me?, and so on.