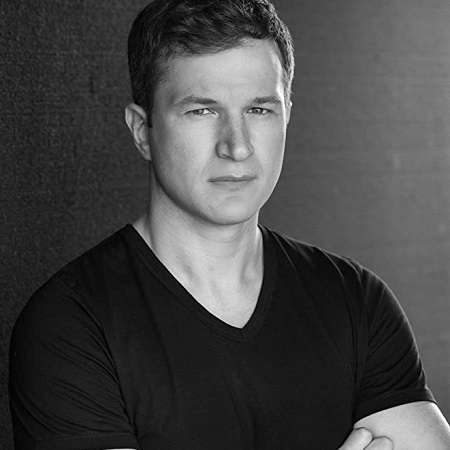 Alec Utgoff is a rising Ukrainian-born English actor who came into the spotlight for appearing as Alexei is the television series Stranger Things. Besides this, the 34 years old actor is known for appearing the movies and drama series like San Andreas, Mortdecai, and The Wrong Mans.

What Is Alec’s Real Name?

Alec, whose full name is Oleg Vladimirovich Khrapunov, was born on 1st March 1986 in Kiev, Ukrainian SSR, Soviet Union. The 34 years old actor was born to mother Roza, who is a musical conductor. His father, Vladimir, is a heart surgeon.

Alec grew up with his sibling-brother Alan, who is an economist. As per his Instagram post, he seems to have two sisters named Olinka Vaneeva and Ð˜Ð½Ð½Ð¾Ñ‡ÐºÐ°. He moved to London, England, at the age of eleven.

Alec’s nationality is Ukrainian and English, whereas his ethnicity is mixed, Russian, Ossetian, and German. He studied at Drama Centre London.

Alec began his acting career in 2010, appearing as Fedka in the movie The Tourist and as chief Hacker in the television series, Spooks.

Alec’s appearances include in movies like The Seasoning House, Outpost: Rise of the Spetsnaz, Legacy, The Why Men, Mission: Impossible- Rogue Nation, Our Kind of Traitor, Never Gonna Snow Again, Mortdecai, San Andreas, Jack Ryan: Shadow Recruit, among others.

Alec Utgoff has not disclosed the exact figure of his net worth; so, many tabloids are reporting a different figure of worth.

Some gossip mongers claim that his worth is $1 million, whereas some claim it to be $5 million. One thing is pretty sure that Alec is a millionaire.

Alec enjoys maintaining a low-key profile. He did not open up about his relationships and dating history.