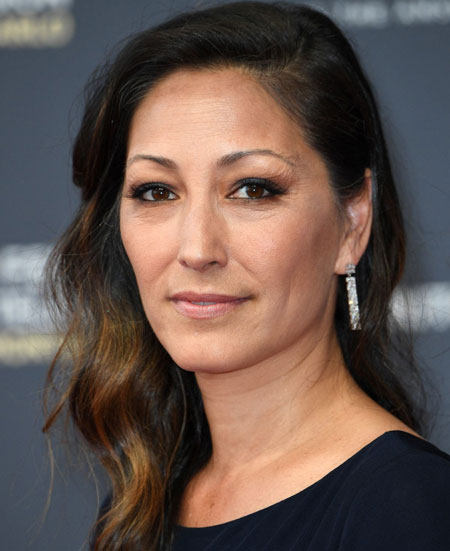 Taiwanese-born American actress Christina Chang rose to fame after working in American television series 24, Nashville and CSI: Miami. Among all, she is most well-known for her performance in the ABC medical drama series The Good Doctor. Her other film credits include Random Hearts, Live Free or Die Hard and other.

Christina Chang was born to a Taiwanese Filipino father and a White American mother on June 29, 1971, in Taipei, Taiwan. She holds both Taiwanese and American nationality and belongs to the mixed ethnicity. Her father died in 2001. Her mother is a dementia patient.

17 years gone. But still strong in our hearts. 💜 #inlovingmemory #dad

She completed her schooling in her hometown Taipei before moving to the United States to study theater and film at the University of Kansas.

Afterward, she moved to Seattle, Washington and enrolled at the University of Washington. After graduating from the University, she received her first acting role in Naomi Road at the Children's theater in Seattle. Later, she appeared in an off-broadway play by Tina Landau.

Chang later moved to New York City seeking for better opportunities in acting. There she starred in many television programs including Cosby and As the World Turns before she earned feature film role in 28 Days. She also worked in the feature film Random Hearts.

From 2003 to 2004, Chang played a regular role on ABC series Dragnet. Later, she gained broader recognition for her recurring role as Dr. Sunny Macer and as State Attorney Rebecca Nevins on CSI: Miami.

In 2010, Chang worked in two episodes of ABC's No Ordinary Family. In 2013, she landed another recurring role of Megan Vannoy in the second season of ABC drama series Nashville. A year later, she was cast as regular in the ABC drama pilot Sea Of Fire.

In 2017, Chang was cast as Dr. Audrey Lim in ABC medical drama The Good Doctor. She plays the recurring role as an attending trauma surgeon in the series. By the end of the second season, Chang became the Chief of Surgery. The second season wrapped in March 2019 and the third season of the popular show will premiere in September 2019.

Chang has worked alongside actors Freddie Highmore, Nicholas Gonzalez, Fiona Gubelmann, and Chuku Modu among others.

Actress Christina Chang's net worth is under review as of 2019. Chang has been active as an actress for over two decades, during which she has worked in dozens of roles in television series and films. She has undoubtedly earned a lucrative sum of money for her work. Considering her success and work, we can say actress Christina Chang's net worth ranges in hundreds of thousands of dollars.

Meanwhile, her fellow actor Fiona Gubelmann has a net worth of $1.5 million in 2019. Likewise, actress Paige Spara's net worth is estimated to be around $400k.

Though Christina Chang keeps her personal life low key, it is a well-known fact that she shares a happy marital relationship with husband Soam Lall. Her husband is the founder of Kinnecting app as well as a director of technology.

According to some online tabloids, Chang and her husband Lall have been together since 2010, but details regarding their marriage date and wedding ceremony are missing. They sometimes share their pictures on social media.

On July 14, 2019, Chang took to her Instagram, revealing she and her husband were celebrating their nine years as a couple. The husband-and-wife are blessed with a daughter, Samara whom they welcomed on 5th October 2012.