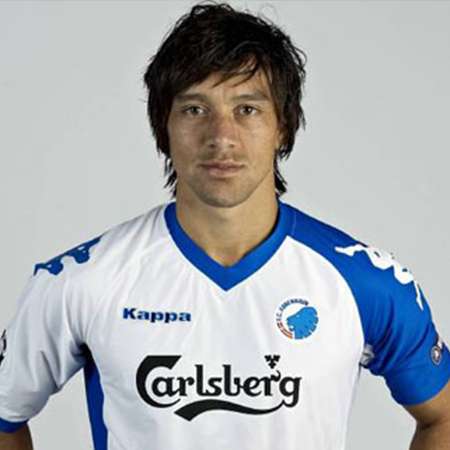 Christian Bolanos is a talented midfielder. He is versatile player. He plays from the right wing as his main position and also from left wing as the secondary position. He is a right footed player. He has got speed, acceleration and strength in the game making him durable in the game. Christian Bolanos is a very skilled dribbler and fast player. He is able to run from his opponent and make deadly crosses. In his game, we can see the balance in his physique which allows him for good work rate. He is good at passes and jumps for the ball. His command on kicking technique is much appreciated. He is capable of shooting from both legs also known for decent free kick taker. Christian Bolanos height is comparatively less for headers so avoids headers. He does not play in aerial duels.

He is in the Current Team of Costa Rica National Football Team and in the Danish Club, FC Copenhagen from squad No.4 as a midfielder. He started his youth career from the native club called Deportivo Saprissa. Christian Bolanos made his debut from this club in the year 2001. He had the successful debut season and the years at this club winning several championships awards, titles and cups. He spent the wonderful 7 years seasons in this club appearing in 138 matches bagging 10 goals. Between these times, Christian Bolanos got the opportunity to play in three CONCACAF Gold Cups and also in 2006 FIFA World Cup. In 2007, Christian Bolanos signed a three years contract with Danish club OB. He could not make a strong impact of mid fielding in this club, leading him to join Norwegian Club Start in 2008. He appeared in 45 matches bagging 13 goals for the team in 3 seasons with this club.

Later in 2010, Christian Bolanos signed 3 year contract with Danish Superliga side FC Copenhagen after his release from Start. He has played in 101 matches with 14 goal scores from the team so far. His contract is going to finish in 2014 June. Christian Bolanos is mid fielding in the National Football Team of Costa Rica since 2005. He has the experience of playing in 53 cap matches bagging 2 goals from the national team so far.