Home news Who is Chris Pine, the star trek Actor, dating these days? Details of his past Relationship and Affairs

Who is Chris Pine, the star trek Actor, dating these days? Details of his past Relationship and Affairs 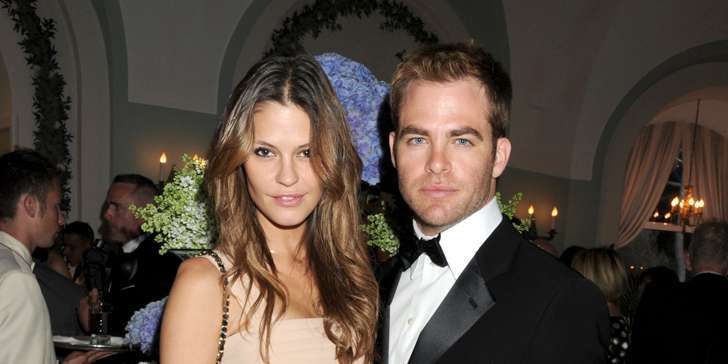 Chris Pine is undoubtedly one of the hottest bachelors in Hollywood who has won millions of hearts for his performance in Will in Unstoppable, Into the Woods, Wonder Woman also at the top of the list.

It is obvious that fans are curious about his dating life. Is Pine dating anyone at present? Or is he single? We have some exclusive details here!!!

Is Wonder Woman Actor Chris Pine Dating Someone? Who Is His Girlfriend?

Chris Pine hasn't officially confirmed anyone as his love partner at present. The 37-year-old The Finest Hours star is very private when it comes to his personal life.

The actor, however, has been romantically linked to many models and actresses time and again.

Pine was romantically linked to his Star Trek Beyond co-star Sofia Boutella. The rumor of their romance started swirling after the stars were captured flirting and holding hands during the 2017 Coachella Valley Music and Arts Festival.

A source said at the time:

"They looked very much like a couple, holding hands throughout the evening."

None of the stars, however, confirmed their romance rumor, and also some sources close to the couple denied the rumor and stated they "are friends but not dating."

Though Pine is single at present, he has dated and been romantically linked to several high profiled celebrities before. Reportedly, Pine and actress Beau Garrett shared an on-again and off-again relationship in 2008.

After Garrett, Pine was linked to Audrina Patridge in May 2009 after they appeared together on a dinner date in LA. A month later, it was reported that the pair separated in June 2009 due to the interference of media in their relationship.

He also dated Olivia Munn. They started dating in October 2009. As per some sources, Pine and Munn were "quite serious" early, however, their relationship didn't last long as they got apart after some months in January 2010. At the same time, Pine was also linked to actress Nathalie Walker.

Adding to the list, the actor was also rumored to be dating Jasmine Waltz in April 2010 after they were photographed together in a nightclub in LA.

Pine was then linked to Zoë Kravitz in 2010 and 2013. A source close to the stars, however, later made it clear and said:

"Zoë and Chris have known each other for a few years. They get along great and are good friends."

He then dated model Dominique Piek in 2011. They were in a relationship for two years as they broke up in 2013. Soon after Piek, he has spotted hanging out with Amanda Frances and Iris Björk Jóhannesdóttir in 2013.

Later in 2015, Pine was linked to Vanderpump Rules star Vail Bloom as they were spotted kissing in LA.