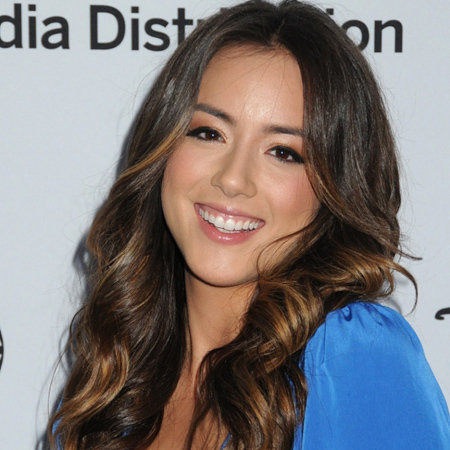 Chloe Bennet is one of the prominent faces in the field of entertainment. She currently portrays Daisy Johnson in the ABC spy-fi series, Marvel's Agents of S.H.I.E.L.D. She has been playing the role in the series since  2013. She is also mostly known for her work in numerous movies and TV series like Marvel Rising: Secret Warriors, Jake, and the Never Land Pirates, as well as Talking Dead.

Chloe Bennet was born Chloé Wang on April 18, 1992, in Chicago, Illinois, United States. She is an American by nationality belonging to the mixed ethnicity. She is the daughter born to Stephanie Lynn Crane (her mother) and   (her father).

Her mother is an internist and her father is an investment banker. Her father belongs to the Han Chinese ethnicity whereas her mother is of Caucasian-American ethnic background. She has six brothers: three biological, two foster, and one adopted; two are African-American and one is Mexican-Filipino.

Bennet grew up around people from different parts of the world, different colors and races. Grew up in a religious family, she was inspired by her mother towards Christianity. She is an American citizen by nationality and belongs to the white ethnicity.

Chloe attended the local St. Ignatius College Prep and graduated when she was 15. She wanted to become a singer and has a really gifted impressive skill, which she has proven on many occasions during some stage shows at her school.

Bennet got a chance upon graduation, to move to Asia and live with her grandmother who then lived there. Excited by this change, she went to China and there recorded several songs, in English and Mandarin as well.

Bennet lived with her grandmother in Shanghai and later moved to Beijing, where she released her first solo album "Uh Oh". She returned to California in 2010 and was already famous on YouTube. Upon her return, she was offered her first TV role in a dancing series named The Nightlife.

Chloe Bennet has been playing the role in the TV series Marvel's Agents of S.H.I.E.L.D since 2013 alongside Clark Gregg, Ming-Na Wen, and Brett Dalton.

In the year 2019, the actress was cast in the Marvel Rising: Heart of Iron.

Chloe Bennet is an American actress and singer who has played a number of iconic roles in several movies and TV shows. As per Celebrity's net worth, she has an estimated net worth of around $4 million, in the year 2019. The average salary for an actor in the US is around $55,000 a year.

Bennet played the role in the movie Tinker Bell and the Legend of the NeverBeast which turned out to be a commercial box office hit grossing more than $31 million.

Bennet is also quite popular on social media like Instagram with millions of followers. It is also the major source of income as she can command over $13,000 a post.

Chloe Bennet is not married yet. She is currently dating her boyfriend, YouTube star Logan Paul for a few months. The couple first met in early 2018 in a public event.

Bennet is also a cool person and is frank and cheerful. As a result, she can survive at any place and can easily make friends. Besides her attractive face and wonderful personality. She was involved in a relationship with her ex-boyfriend Austin Nichols in 2013.

Reportedly, Bennet dated co-star Tony Oller in 2011. Bennet is active on social networking sites like Twitter and Instagram. She has a huge number of fan followers on her social accounts.

Chloe Bennet's body measurements read 32-24-34 inches (Breast- Waist- Hip). She has also got very slim and well-tanned legs, which when she reveals makes her look hotter. Although she doesn’t have a very good height, her long legs make her look a bit taller.