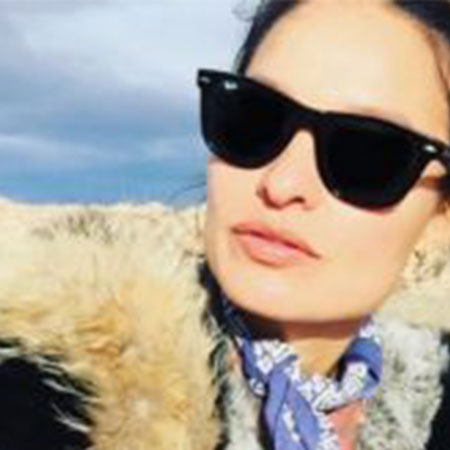 Chloe Bartoli is an American fashion stylish and twin sister of Marielou Bartoli who is also a fashion stylist. The duo has worked as fashion stylists for many celebrities including Chrissy Teigen and Selena Gomez. The two sisters also run their own clothing line Redun.

Chloe Bartoli was born on June 25, 1990, in Paris, France under the zodiac sign Cancer. Her zodiac predicts her personality to be like tenacious, highly imaginative, loyal, and emotional.

CAPTION: Chloe Bartoli along with her twin sister Marielou Bartoli and her mother SOURCE: Instagram

Chloe and her twin sister, Marielou Bartoli, were raised in Los Angeles. Her parents relocated from Paris, France to Los Angeles after her birth. As her parents are both French, she speaks French fluently. She holds an American nationality and belongs to the French heritage. She completed her education from Bell High School in California.

Chloe even worked for American actor and singer, Jared Leto for years. She has also collaborated with her sister as a fashion stylist. They even launched a clothing line named Redun that redesigns vintage Levi’s into modern chic pieces.

Besides, the twins have also launched a fashion portfolio website that features the new fashion triumphs of the twins. Chloe is currently working for Curve, a chain of fashion boutiques which was founded by fashion stylist Nevena Borissova.

Chole Bartoli has accumulated a lucrative net worth which is estimated to be around $500 thousand as of 2019 February. She has collected a decent amount of fortune from her career as a successful fashion stylist. In the past, she worked for a number of celebrities which definitely paid her handsome money.

She also gained popularity as a fashion stylist after she started working for several renowned celebrities. Along with her twin sister, they operate their own clothing line Redun which also contribute to her thousands dollar fortune.

Chole Bartoli, aged 28 is currently single. She is busy making a glorious career as a fashion stylist. Before Bartoli started living a single life, she was in a relationship with reality star Scott Disick.

The couple's relationship went public after they were found kissing and cuddling at poolside in Monte Carlo, Monaco. Scott Disick always made to headlines for his on-and-off relationship with Kourtney Kardashian with whom he shares three children.

Chloe Bartoli and Scott's photos soon went viral on the internet. On July 6, 2015, E! News reported Scott’s breakup with Kourtney Kardashian. Kardashian reportedly kicked him out of their house after she found him cheating on her with Chloe. According to some sources, Scott and Chloe were living with a group of friends in Southern France and started dating after some time. After a few months of the affair, they called it quits in late 2015.

Chole was also reported to be dating Jared Leto in the past. The pair was reported dating in 2013 and they were also spotted going out together in 2014 a day after Leto won an Oscar. There is no further information, when the couple met for the first time and when they ended their relationship. Chole is active on social media like Instagram. As of 2019, she has about 119k followers on her Instagram.

The below-presented video shows Chole Bartoli in an interview with BUZZ AXS where she talks about her fashion designing.