Chester Bennington's wife issues a heartbreaking statement, Says: "How do I move on?" 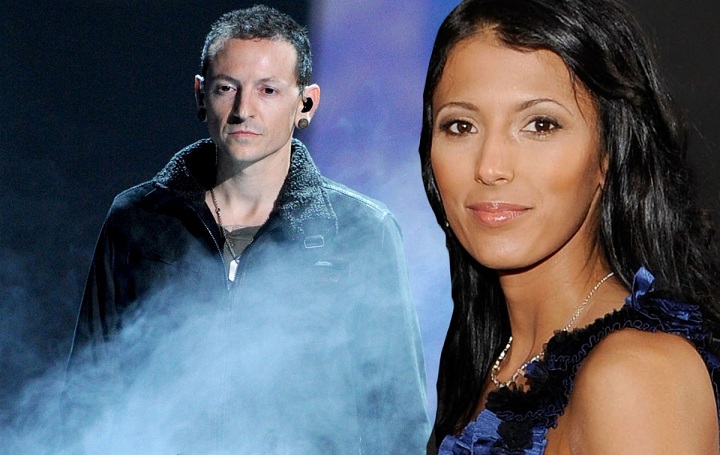 Chester Bennington's wife Talinda Bennington has spoken about her life and how she is moving forward a week after the death of her husband. Linkin Park lead singer was found dead after hanging himself in his California home on July 20.

Talinda, the mother of three, was married to Chester in 2006. She is currently raising her son Tyler and twin daughters, Lila and Lilly.

Happy Father's Day to the man of my dreams?? You are the best Daddy ever!! @ChesterBe pic.twitter.com/R96A6uGSam

Eight days after the death of her husband the model broke her silence and said:

One week ago, I lost my soulmate and my children lost their hero - their Daddy. We had a fairytale life and now it has turned into some sick Shakespearean tragedy. How do I move on? How do I pick up my shattered soul? The only answer I know is to raise our babies with every ounce of love I have left.

In a statement released by PEOPLE, Talinda further wrote:

I want to let my community and the fans worldwide know that we feel your love. We feel your loss as well. My babies are so young to have lost their daddy. And I know that all of you will help keep his memory alive. He was a bright, loving soul with an angel’s voice. And now he is pain-free singing his songs in all of our hearts. May God Bless us all and help us turn to one another when we are in pain. Chester would’ve wanted us to do so. Rest In Peace, my love.

Chester has three more children from his previous relationship with Elka, Brand and Samantha Marie Olit.

One week ago today, I lost my soulmate and my children lost their hero-their Daddy. We had a (cont) https://t.co/hkutVhlJzR

Chester was leading as the singer of the band since 1999 and was preparing for the US tour to promote his recently released album One More Light. His bandmates posted a tribute on the band's website that read:

Your absence leaves a void that can never be filled—a boisterous, funny, ambitious, creative, kind, generous voice in the room is missing. We’re trying to remind ourselves that the demons who took you away from us were always part of the deal. After all, it was the way you sang about those demons that made everyone fall in love with you in the first place.

Chester Bennington's suicide is believed to have the close connection with his close friend Chris Cornell's death by suicide as Bennington was found dead on July 20 on the same day Cornell would turn 53. Cornell hanged himself in a hotel room in Detroit on May 18.

Chester was found hanging from a door almost mimicking the way Cornell killed himself.

Both of the singers were a close friend to each other and Chester was also the godfather to Cornell's son, Chris.