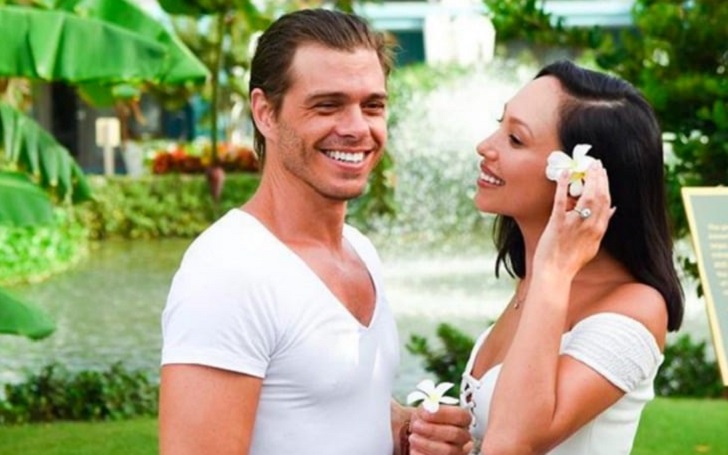 Cheryl Burke’s Marriage Is Just Around The Corner, And She Is All Set To Start The Celebrations!

The Dancing with the Stars pro Cheryl Burke who got engaged in May 2018, gathered with family and close friends, including her fiancé Matthew Lawrence, for an intimate bridal shower. They enjoyed a special bridal shower at pal Leah Remini’s house on March 30 in Los Angeles.

Picking out looks for my bridal shower tomorrow! I can’t believe it’s officially the countdown to our wedding! I’ve always loved @romonakaveza, and I’m excited to play dress up in her beautiful creations! Comment below 1, 2, or 3 - Which one do you think I should wear tomorrow? #CherylAndMATTrimony #BridalShower

Burke claims that the day was a perfect one and added:

Leah went above and beyond. Matt noticed that every person in the room had a smile on their face.

Burke’s longtime friend Leah Remini managed the shower which included karaoke, toilet paper wedding gown, and scrapbooking. She claimed that the dresses were actually really good that even made her shocked.

Words cannot fully express how thankful I am for you opening up your heart and gathering my family and friends today. I am overflowing with gratitude and appreciation. The fact that you said yes to being my Matron of Honor was enough, but you wanting to make everything perfect for me, means the world - I will never forget this special day for as long as I live. Countdown to the wedding day has officially begun and I cannot wait to have you by my side! I love you  . . . More pics and videos, coming soon! . . . #CherylAndMATTrimony #GettingMarried #SayingIDo #BridalShower #Bride #MaidOfHonor

Guests like former Dancing pro Kym Herjavec enjoyed a brunch spread of bagels and lox, sprinkle explosion cake, waffles and croissants as they toasted the bride-to-be.

Burke is now waiting for her big day and eagerly anticipating the day soon! She gushes revealing that everything will be starting to come together and she is super excited for the day.

Cheryl started dating American actor Matthew Lawrence since February 2017. The duo first met in 2006 when his brother was a cast on DWTS.

Just around a year later, the pair got engaged on May 3, 2018, to get married. He was previously engaged to Heidi Mueller. They got engaged in 2004 and called off the engagement in 2006.

ALSO SEE: Despite All Cheating Rumors, American Actress Leah Remini Is Still With Husband Angelo Pagan-Details On Their Relationship And Family Life!!