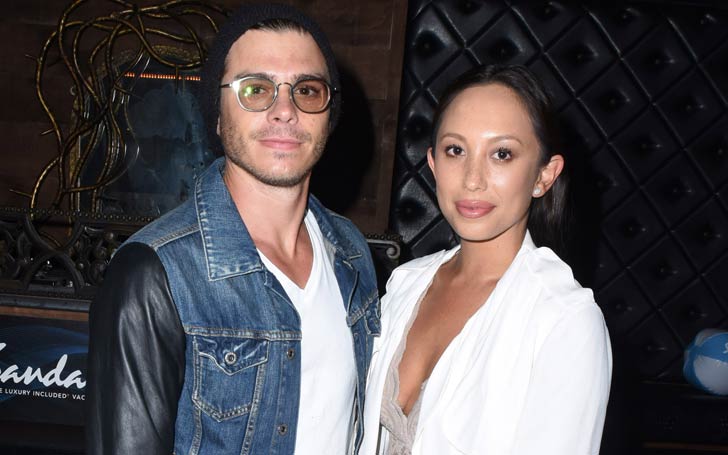 Dancing with the Stars' Cheryl Burke and Matthew Lawrence are officially off the market!!!

Burke and her boyfriend Lawrence are engaged after a  year of dating. The Dancing with the Stars coach took to her Instagram on Thursday evening to share the news of her engagement to her 38-year-old boyfriend. She shared a collage of stunning snaps of her glittering diamond ring.

Burke and Lawrence first met in 2006 through his elder brother Joey Lawrence who was a contestant on the third season of DWTS. The pair first started dating in February 2007 and stayed in a relationship for a year before calling it quit.

Talking to People back when they first dated, Burke said,

Matt is very supportive and he always wants to make sure that we keep in contact and we're always on the phone, making sure that everything's okay. We talk constantly for hours and hours.

Burke and Lawrence rekindled their romance after over nine years of relationship in February 2017. In September 2017, Burke talked about how she regretted the end of her relationship with Lawrence with People. There she said,

When we first dated, we were both young and immature, an I was so new to this world.

Now we are both adults and feel balanced.

The news of Burke's engagement comes right at the 34th birthday of the dancing pro. Before she shared her engagement news on the social media, she shared a video featuring her birthday celebration.

Another trip around the sun... #34 . • Birthday’s can be filled with so many emotions, and even though this may not be a “milestone” birthday for me, it feels like a real turning point in my life. . A lot happened during 33, both good and bad- I got to share my passion with #LOTF and came back to #DWTS, I lost my father and came to terms with a lot of things that happened in my past. I’m so grateful for my family, boyfriend, friends and team who have supported me and believed in me every step of the way. • I’m ready now, though, for a new year and a fresh start. I have new goals at 34. I’m realizing that, physically, dance won’t last forever (that doesn’t mean I’m done yet!). I need to step out of my comfort zone and be open to new opportunities. I know that I want to start a family soon. I want to surround myself with good people and eliminate negativity from my life. I want to push myself to be the best version of me that I can be. • I may be another year older, but I’m just getting started.

Cheryl Burke has got engaged just one and a half month after her father Stephen Louis Burke passed away. The newly engaged couple is yet to disclose their wedding date.