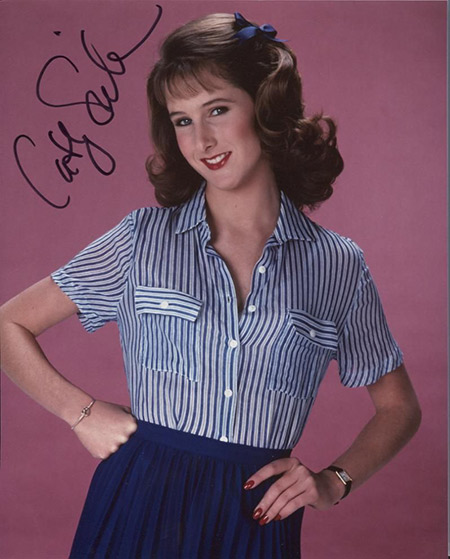 Cathy Silvers is an American actress who came to the limelight following her role in the TV sitcom Happy Days. She rose to stardom after her work in another hit TV series Foley Square in which played the role of  Molly Dobbs from 1985-86. She is also credited for her appearance in Sesame Street Presents Follow That Bird, SoapTalk, and more.

Cathy Silvers was born to Phil Silvers and Evelyn Patrick on May 27, 1961, in New York City, New York, United States of America. Silvers holds an American nationality and belongs to White ethnicity. She spent her wonderful childhood days in NYC and also did her schooling from there.

Silvers has four sisters Tracey Silvers, Candace Silvers, Nancey Silvers, and Laurie Silvers. She is a twin who was born with  Candace.

In 1980, Cathy Silvers started her acting career, appearing in the TV series Happy Days along with Scott Baio and Lynda Goodfriend. In 1983, she landed the role in the movie High School U.S.A. The actress worked in many projects in 1985 that included The Love Boat and a movie Sesame Street Presents Follow That Bird.

Her role as Molly Dobbs in Foley Square earned her initial fame. After taking a long break from the acting, the actress came in the mainstream in 1994 after her portrayal of Phoebe in the TV series Wings. Subsequently, she worked in Too Something and Cleghorne!. 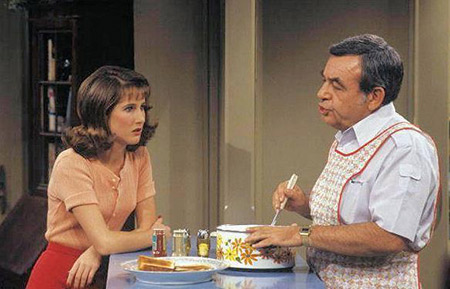 In 1996, Silvers landed the role in the movie Sgt. Bilko in which she shared the credits along with Steve Martin, Dan Aykroyd, Phil Hartman, and Glenne Headly, who died at 63. The same year, she was cast in Encino Woman which happens to be her last on-screen appearance.

Talking about her current work, Silvers has totally vanished from the mainstream.

Cathy Silvers has made a considerable amount of money from her prolific career. Her exact net worth is yet to be revealed, but according to some reliable sources, her net worth is estimated to be around $5 Million in 2019. An average salary of an actor is around $50 thousand and voice actor is $35,360 per year so she also might be getting his salary in the same range.

Sharing the screen with Caroll Spinney, Jim Henson, and Frank OzSesame, Silvers played a role in Street Presents: Follow That Bird which grossed over $13 million worldwide.

In 1996, the actress shared the screen alongside legendary actor Steve Marti who has an estimated net worth of $130 million, according to celebrity net worth, in 2019. Although the information about Cathy's salary for her work in movies and TV shows is yet to be revealed, she is undoubtedly paid a hefty amount of paycheque.

In 2007, Cathy wrote a book called Happy Days Healthy Living: From Sit-Com Teen to the Health-Food Scene. It is priced $20.98 for Hardcover and $2.88 for Paperback.

Where Does Cathy Silvers Live?

Cathy Silvers has clandestine regarding her houses and properties. But, sources report that the actress owns a house in California. Though the financial detail of the property is yet to be revealed, the medium price of the house in the city is over $550k.

Cathy Silvers has been married twice. She first tied the knot with Alexander Burnett on August 21, 1988. The couple has two children. But the details of their kids are unknown. After eight long years of marriage, the couple divorced in 1996.

After her first divorce, The actress married David Fullmer on December 8, 2001, in a private wedding ceremony. Her second husband Fullmer has two children from his previous relationship. 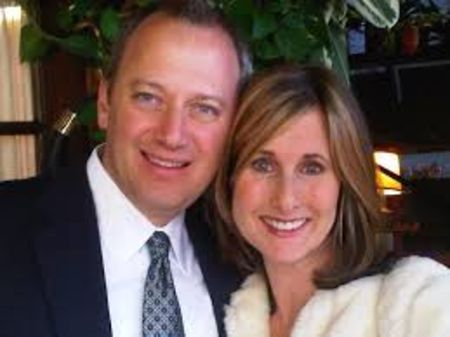 It's been nearly two decades that the two are together for a long time and still sharing the beautiful relationship. She currently resides in California along with her family.

Cathy Silvers' Age And Other Facts