Carson Holmes, an American actor grabbed prominence in stage productions and transited to an on-screen career as a teenager. Turned professional in 2015, Holmes is famous for playing Three Langmore in the TV series Ozark (2017-20). Aside from TV recognition, he made film appearances in The Darkest Minds, The Best of Enemies, and Uncle Frank.

What Is Carson Holmes' Age and Height?

A native of Houston, Texas, Holmes was born on January 29, 2003, in an American family. Currently, he is based in North Carolina. He holds US citizenship and is of white ethnicity. As of January 2021, 5 feet 10 inches tall Carson is 18 years old.

Carons Holmes was pa s sionate about acting since his childhood; in his early carer, he worked in local musical productions including the lead role of Ralphie in A Christmas Story: The Musical. Moreover, the actor worked in the opera Amahl and the Night Visitors.

In 2016, Carson made his on-screen debut as a guest-cast in the TV series Outcast. It was in 2017 when the actor saw a breakthrough after being cast as Three Langmore in the crime-drama Netflix thriller Ozark. There he worked in 18 episodes until 2020 starring Jason Bateman, Laura Linney, Sofia Hublitz, Skylar Gaertner, and Julia Garner. 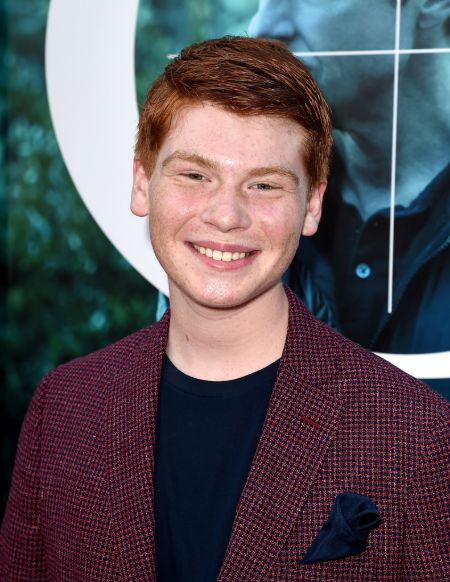 The actor portrayed Kenneth Ellis in the 2019 film The Best of Enemies, followed by a comedy-drama film Uncle Frank in 2020 featuring Paul Bettany, and Sophia Lillis.

How Much Is Carson Holmes' Net Worth?

No doubt, Carson's promising acting career within a short-span got him wide fame and fortune. Professional since 2016, the American actor records 7 acting credits including TV series and films; notably worked in TV series Ozark before big-screen recognition through Instant Family and The Best of Enemies.

As of January 2021, Carson Holmes has a net worth of $100,000. An actor in the United States earns $57,000 per year on average, while Holmes being such a prominent figure grabs much more than that.

Holmes is an avid Instagram user (@carson_holmes3) with over 3.1K followers but keeps update on his relationship status low-key. At the moment, Carson is not dating officially or has any publicly disclosed girlfriend. So far, since he got TV fame, the American actor has remained low-key about his relationships.

The grey-eyed TV figure is allegedly single at the moment and is focusing on his acting career. Hollywood is famous for its revealtion of secrecy suddently, who knows it might include Carson Holme's as well.