Carolina Miranda is a Mexican-born television actress who made her acting debut with the Mexican soap opera Los Rey in 2012. The actress since gained fame from the television series Las Bravo, Lady of Steel, and Claramentem. Moreover, she currently stars as Elisa Lazcano in the mystery thriller streaming Netflix series Who Killed Sara?.

Where And When Carolina Miranda Was Born? How Old Is She?

She stands at the height of 5 feet 8 inches, which is 172.72 cm. Her zodiac sign is Cancer. She holds Mexican nationality, and her ethnicity is mixed.

The talented Mexican actress Miranda made her on-screen debut with the Mexican soap opera Los Rey in 2012 and appeared as Delfina Rey Ortuña "Fina" until 2013.

From 2014-2015, she was cast as Carmen Bravo in the TV show Las Bravo. Likewise, the actress landed the main role of Vicenta Acero / Vicenta Rigores in the TV series Lady of Steel during seasons 3-5. 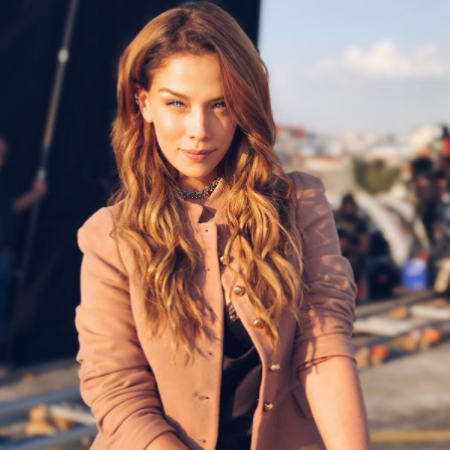 Carolina impressing fans and critics with her amazing acting chops has guest-appeared in television series like Un día cualquiera, Heredadas, and Dani Who?. In 2019, she appeared as Clara in the comedy web television series Claramente.

As of now, she appears as Elisa Lazcano in the mystery thriller streaming Netflix series Who Killed Sara? alongside Manolo Cardona, Eugenio Siller, Ela Velden, and more.

How Much Is Her Net Worth? Earning Details

The 30-year-old actress has earned an impressive amount of riches from her successful acting career. Though her net worth is not revealed officially, she is a s sumed to have a net worth of $1 million as of June 2021.

She has worked in television shows, including Los Rey, Las Bravo, Lady of Steel, and Claramentem. There is no doubt; the actress is surely paid well enough while working in these TV shows.

Additionally, her Instagram @caromirandaof with 1.1 million also definitely provides her some payroll. As per the sponsored post, she garners between $2,324.25 and $3,873.75.

Relationship Status - Is She Dating Or Single?

Who Killed Sara? actress was previously in a relationship with actor, filmmaker, and producer Michel Duval. The duo first met during the shooting of the American television series Lady of Steel. They began dating each other in December 2016 and appeared as guests in the TV show “Don Francisco te invita.” Unfortunately, after their two years of togetherness, they split away in 2019.

Miranda also has shared her thought regarding her marriage plan; in an interview, she mentioned,

"I am hardly getting married. I am pa s sionate about life and art…I do not tolerate people who take their work lightly…I enjoy my solitude and my free time .”

As of now, the actress is possibly single and by the looks of it, she is in no hurry to get marry and start a life.