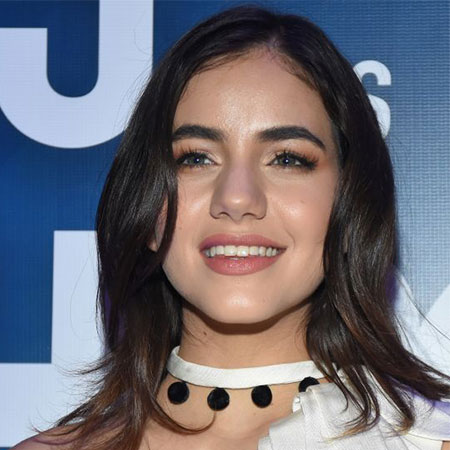 Actress and model Ela Velden is an inspiration to all young women around the world. She has only worked in the industry for 3 years but already established herself in show business as one of the most talented actors. Velden is popular for shows like Gossip Girl: Acapulco, which is the Mexican version of the hit CW series.

Ela Velden was born Daniela Campos Reséndiz on July 25, 1992, in Querétaro, Mexico. She is a Leo and her personality reflects the traits of this star sign such as a love for theater, generosity, and pa s sion.

She does not disclose the information regarding her parents, however, she has a sister whose name is not revealed yet. She belongs to Hispanic ethnicity and holds Mexican nationality.

From an early age, she was interested in acting and went to the Televisa's acting school, Centro de Educación Artística. Velden graduated in 2013 and during her school time, she worked in many school productions.

Velden started her career at the age of 13 when she began modeling and appearing in commercials, editorials, and fashion shows. She acted alongside Dulce Maria in 2010 in a Garnier commercial. When she turned 18, she moved to Mexico City.

She wanted to register her birth name as an actress, but was not allowed to do so and chose Ela Velden as her stage name.

Velden started her TV career with the Mexican version of Gossip Girl, titled Gossip Girl: Acapulco. Similarly, has been part of many TV series such as A que no me dejas, Muchacha italiana viene a casarse, Como dice el dicho etc.

Apart from this, she appeared in a music video named Princesa of Río Roma and CNCO in 2017.

According to some sources, Velden has a net worth of 5 million pesos ($263,356) which she has ama s sed from her career as a model and TV show actress. She doesn’t like to reveal her financial details to the public so her earnings are a secret to the media.

Apart from this, she also keeps her earnings and income sources secret from her fans and media. Velden loves to stay under the radar often.

As of 2019, Ela Velden is in a relationship with Federico Ayos. The couple started dating in 2017. Ayos is an Argentinian actor known for his roles in Lying Heart (2016), The Candidate (2016) and Donde Corre el Agua.

Velden is a beautiful actress who has a smart, fun and kind persona. She might have dated several boyfriends in the past, however, has been tight-lipped about her past relationship and affair.

Besides, the Mexican actress was rumored to be in a relationship with Daniel Arenas with whom, she worked in Awakening with You (2016).