Twice Primetime Emmy-Award-Winning actress, Carol Kane also has forged a highly successful path as a comedian so far. She got wide recognition for her role in the television series Taxi. Her role in the 1975 movie Hester Street also brought her an Academy Award nomination. Similarly, the actress is notable for her work in The Muppet Movie, Man on the Moon, Scrooged, and Addams Family Values.

Grew Up In a Jewish Family

Carolyn Laurie Kane was born on 18th June 1952, in Cleveland, Ohio, United States. She belongs to the White ethnicity and holds American citizenship.

Carol is the only daughter of Joy Kane and Michael Kane. Her mother Joy worked as a jazz singer, teacher, dancer, and pianist. At the age of 12, Kane's parents got divorced.

She enrolled at the boarding school, Cherry Lawn School in Darien, Connecticut. She was there until 1965 and then went on to join the Professional Children's School in New York City. Furthermore, Kane studied theatre at HB Studio.

Carol Kane initiated her acting career with a small role in the 1971 movie Desperate Characters. In 1974, she appeared in a television mini-series The American Parade. The actress was nominated for Oscar Award for her breakout role in the movie Hester Street in 1976. She later worked in films, including Dog Day Afternoon, Valentino, The Mufcage, and The Muppet Movie. 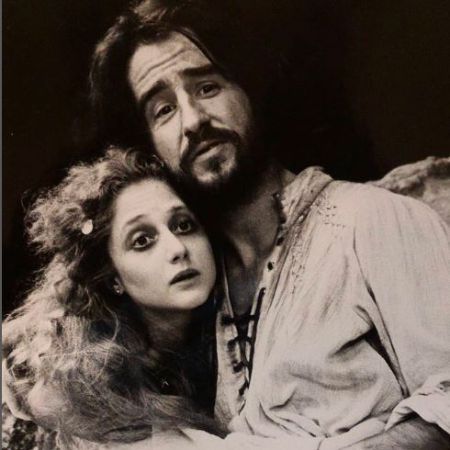 CAPTION: Actress Carol Kane as Miranda and her co-star for The Tempest SOURCE: Instagram @welovecarolkane

In 1980, Carol took a role in the television series Taxi. The role in the acclaimed TV series garnered her huge popularity as well as two Primetime Emmy Awards in 1982 and 1983 respectively. She portrayed Simka Dahblitz-Gravas from 1980 to 1983 on the show, sharing the screen with Jeff Conaway, Judd Hirsch, and Danny DeVito.

Kane's other prominent works include Scrooged, Adams Family Values, The Princess Bride, and The Pacifier. In 2019, the 'Taxi' star appeared in the film The Dead Don't Die and the series Big Mouth.

The same year, she starred in the TV film Unbreakable Kimmy Schmidt: Kimmy vs the Reverend as Lillian Kaushtupper/Fiona.

Wicked Actress Is A Millionaire

According to celebrity net worth, Carol Kane has an estimated net worth of $5 million as of early 2022. She has made such ma s sive wealth from her work in dozens of successful movies and TV shows.

Kane has an apartment at 41 Central Park West, New York. She bought the compartment for $1.3 million in 2000.

Carol Kane, 70, is not married yet. The actress is also not dating anyone officially as of 2022.

Previously, Kane was in a relationship with actor Woody Harrelson. The couple started dating in 1986. They, however, separated after a couple of years of relationship in 1988.

Carol currently resides in New York. Despite her fame in the acting world, Kane has kept her love life or details of her husband away from the spotlight for most of her life.