Judd Hirsch is an American actor widely known for playing the role of Alex Rieger on the NBC and ABC comedy series Taxi, John Lacey on the NBC series Dear John and Alan Eppes on the CBS series NUMB3RS.

Judd Hirsch was born on March 15, 1935, in The Bronx, New York, the United States of America, to Joseph Sidney Hirsch and Sally Kitzis Hirsch, under the birth sign Pisces.

His father was an electrician. His dad was born in New York, to a German-Jewish father, Benjamin Hirsch, and an English mother, Rosa Hirsch Benjamin.

His mom's family were Dutch Jews. She was born in Russia, in a Jewish family.  Judd was raised along with his brother Roland Hirsch in both Brooklyn and The Bronx.

Judd studied at DeWitt Clinton High School from where he graduated in 1952. He later attended City College of New York where he received a degree in physics.

Following his graduation, Hirsch served a tour in the United States Army. He then worked as an engineer for Westinghouse.

He later got work in the theater after which he studied acting at HB Studio in New York City.

After appearing in numerous television shows in the 1970s, Hirsch rose to fame after playing the lead role of Alex Rieger in the NBC and ABC popular sitcom, Taxi.

He appeared in the series for five years, from 1978 to 1983, alongside Andy Kaufman, Marilu Henner, Tony Danza and Jeff Conaway. He received an Emmy Award for Lead Actor in a Comedy Series for his performance in Taxi.

In 2005, Hirsch was cast as a series regular, Alan Eppes, in the CBS sci-fi drama series, NUMB3RS. He appeared on the drama series until 2010, alongside David Krumholtz, Rob Morrow and Navi Rawat.

Judd Hirsch is one of the successful television and film stars and he earned most of his money from the entertainment industry.

According to Celebrity Net Worth, Hirsch has a whopping net worth of $12 million. As for his salary, sources have reported that the 84-year-old TV star was taking around $50 thousand per episode of a series.

As we mentioned earlier, Judd Hirsch married twice in his life. He first married Elisa Sadaune in 1963 but just after 4 years of marriage, the two got a divorce in 1967. The former couple is parents of a son, Alex Hirsch, who was born in 1966. 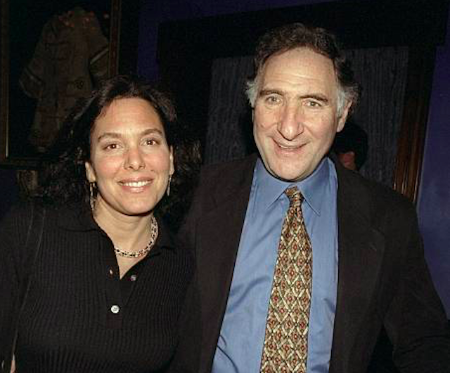 The actor later tied the knot with his second wife, Bonni Sue Chalkin, who was a fashion designer, in 1992, but they got a divorce in 2005. Judd and Bonni are parents of two children, daughter Montana and son London.