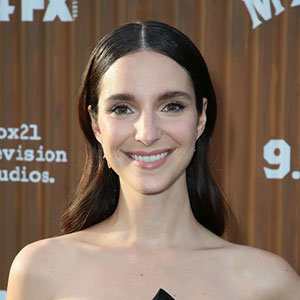 Carla Baratta is a Venezuelan actress, model, and artist. She is very famous for being the protagonist of the digital series Bleep transmitted by the mobile phone company Digital GSM. She began her acting career in 2004 and rose to fame after working in some internationally popular television series, music video.

Carla Baratta was born on July 9, 1990, in San Cristobal, Venezuela under the birth sign of Cancer. She holds a Venezuelan nationality. She relocated to New York after completing her elementary education from her native Venezuela. She studied stage acting at New York Film Academy, New Collective in Los Angeles and Actors Gym in Caracas.

She began her career as a model and has done modeling for many famous modeling agencies. After working as a model, she started appearing in some theatre acts, where she acted in Experimental which was directed by Alfredo Aparicio.

In What Music Video She Appeared On?

Besides television series and movies, she has also appeared on music videos. In 2011 she was seen on Statika’s song solo te llamo. The following year, she was seen on Jose_Rojo’s song Ven.

Carla Baratta's exact net worth is still under review, however, looking at her fame and working experience, we can say that she might have the net worth in $thousands. Carla earns the major part of her worth from her acting career which is also supported by her career as a music video artist. She also earned a good sum of money from her modeling career in which she was active before she moved to the acting industry. She worked for many famous fashion brands which paid her a decent sum of money.

Carla Baratta is aged 28 as of present and is a married woman. She got married to an actor Guillermo Gracia, who is famous for his role in Azul y no tan Rosa, on December 10, 2016.  According to the source, their marriage ceremony was held in a church located in San Cristobal where the actress belongs to.

Carla’s spouse Guillermo uploaded their photo on social media two months before their marriage. Also, they were seen together spending their time on the beach of Punta Cana. She is living her happy married life with her husband Guillermo. By far, there is no news if the couple has given birth to any children.

In the video shown below, Venezuelan actress Carla Baratta talks about her role in Mayans M.C. which is her first American television series that shows on FX Network.

You May Also Like: Megan Boone, Persia White, Lauren Cohan, and Rowan Blanchard